Taking The Old Klee Out For A Spin 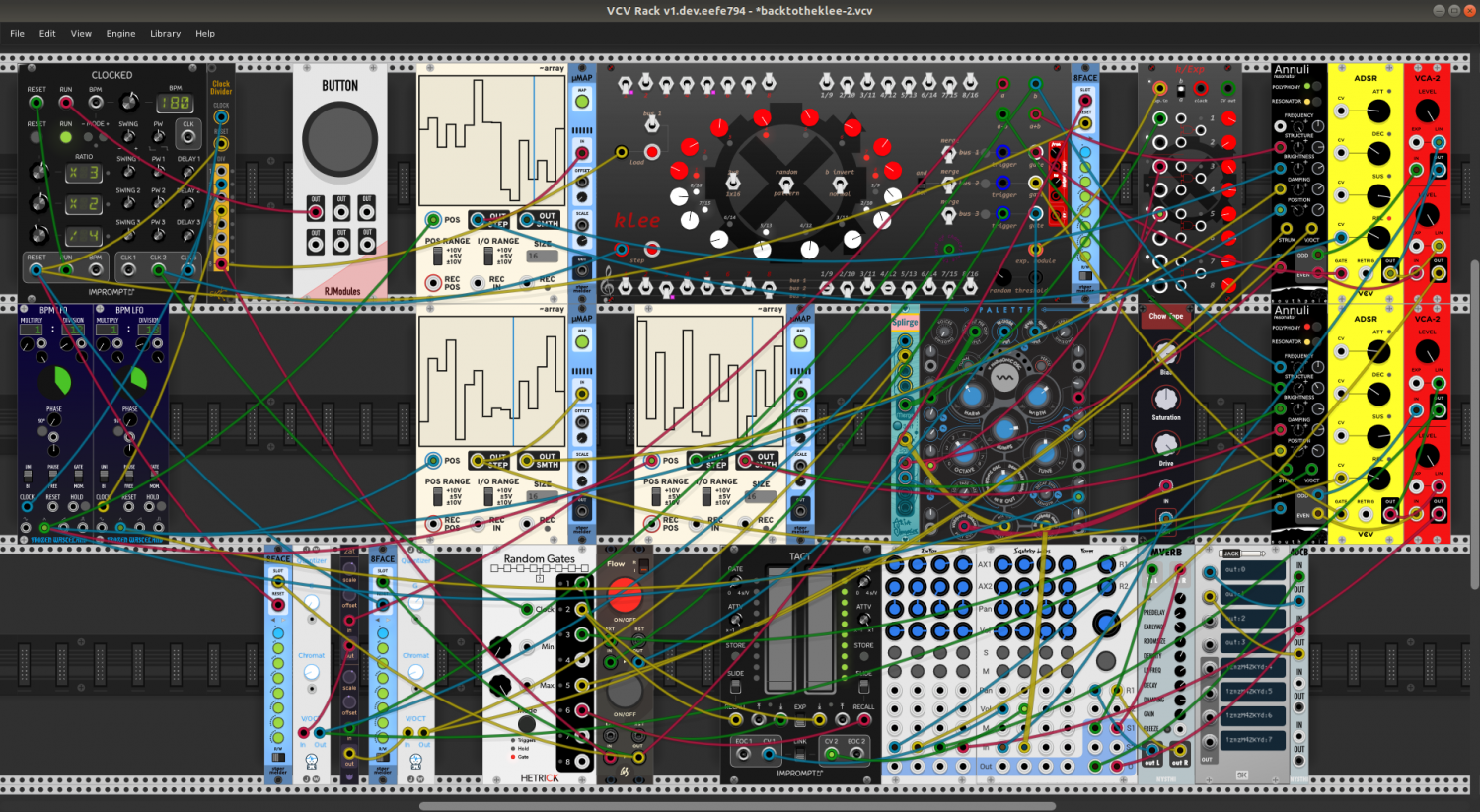 It’s been parked neatly in the garage, patiently waiting to be gassed up and let out for a boisterous ride, accompanied by friends old and new. It’s a lovely autumn day, promising a noisy trip with bumps likely but hopefully relieved by some mellow stretches.

Three PdArray modules control assigned switches on the Klee module. The graphs were produced by randomization, their sizes and ranges are fixed, creating an isorhythm of switching throughout all other changes to the Klee sequencer.

The core sound generator is the Palette plugin, a modified software clone of the Plaits hardware Eurorack module by Mutable Instruments (who kindly provide open-source firmware for many of their products). The main output from Palette is sent to a pair of Annuli resonators (also modeled directly from firmware for another Mutable Instruments hardware module) then forward to the mixer.

The Palette module changes its panel for each synthesis model according to the model capabilities. In this patch the model is the harmonic oscillator, which sets up two extra outputs flanking the main polyphonic output. The Formant Grains output is routed through a ChowDSP tape saturation effect before heading to its mixer channel, while the Drawbars Harmonics output is sent to the mixer untreated.

The Annuli resonators are both set to their quantized sympathetic strings model, but each with its own polyphony setting. As seen in the patch, the resonators, the synth, and the sequencer are all extensively modulated. Modulation sources include the Klee sequencer CV and trigger outputs, a pair of tempo-synchronized LFOs, the PdArray graphs, and a random gates generator. All of which results in a lot of flashing lights accompanying a lot of noisy sounds.

My thanks to the developers of the plugins used in this patch and to all developers and fellow users in the VCV Rack community. Shantih.

Dave_Phillips
612 PM
Chat about this patch on Discord! Download (55)