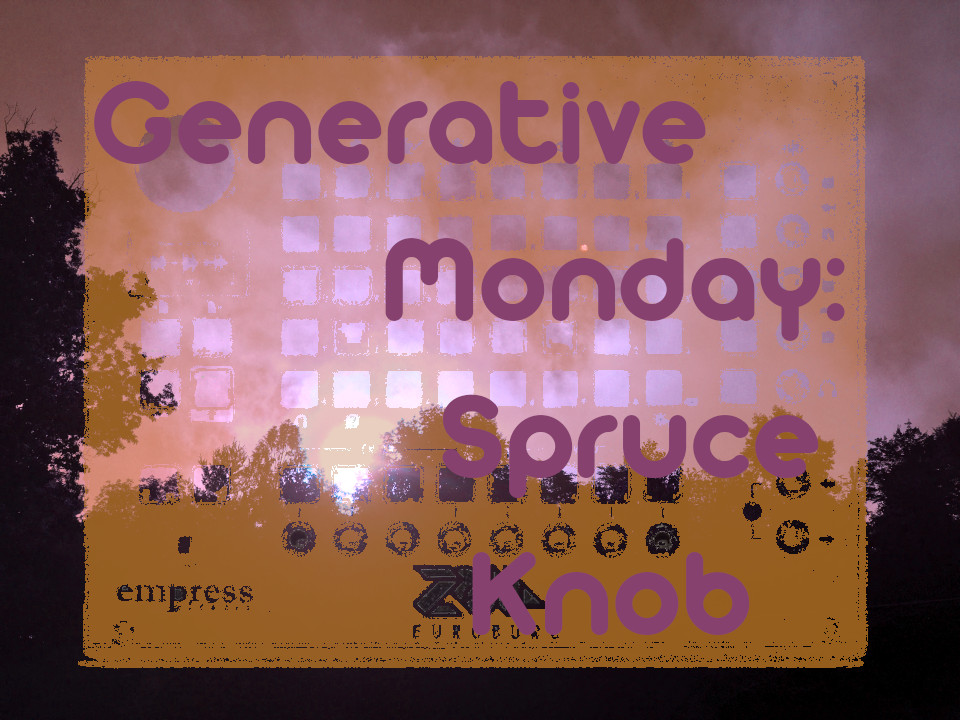 I think of this patch as a sort of duet, although it’s perhaps a bit more aimless than some duets. Both voices are composed of simple “piano-esque” voices, created with self-FM’d sine waves. One of them moves stepwise through a D major scale, although sometimes it takes two steps instead of one, and sometimes it just sits on a note. The other voice is randomly determined, but it gets stuck on notes, hammering away at them for a bit before moving onto another. (In many ways, this patch unintentionally models my own naive piano playing. So, there’s that.)

After some static filtering, the voices are taken at times (the input is modulated) into a Cosmos-style dual delay, and then a plate reverb. A pretty simple patch with a wandering spirit.

Spruce Knob is the highest point in West Virginia, and the entire Allegheny Mountain Range. The working title of this patch was “Persistence” — I think my original intention there was to have the noise sort of leave a trace or remnant of the more distinct, piano-like voices, something that persists. But it also made me think of the Allegheny (and Appalachian) mountains, the orogeny of which began almost half a billion years ago. What we see now are the weathered nubs of mountains that were once higher than the Himalayas, and so, they, too, are a remnant, a trace, a memory. That has been an attractive feature of geology to me — how deep its scope of time is, and how much its story is one of becoming; geology is a science of processes, the constant metamorphosis of the Earth, something dynamic and changing, even if those changes span eons.

christopher-h-m-jacques
6876 PM
Chat about this patch on Discord! Download (74)