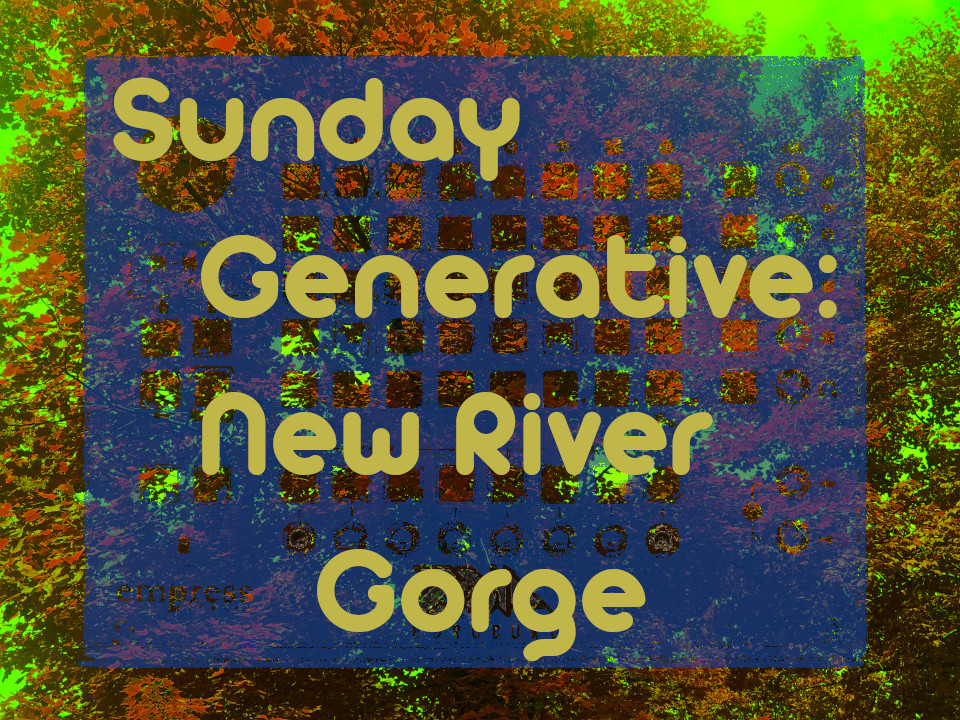 Back to shift registers — in some ways this patch shares a lot of DNA with ‘Piano Music’: there is a “lead” voice that makes use of an eight step shift register to generate and develop its melodies, then a second voice that follows and harmonizes at different, modulating between different positions in the register as well as different harmonizing options (sometimes it follows the original pitch, sometimes it plays a fifth higher or an octave below, etc.).

The speed of the patch also modulates over time, as does the key/scale (quite clumsily, unfortunately; one day I’ll really sit down and work on some scale modulation mechanisms, but right now, it just changes course on occasion when the tempo changes, so it’s pretty arbitrary how smoothly the scale modulations are).

Each voice is composed of two sawtooth waves. One slowly detunes from the other at random rates, moving between slight thickening and to almost dissonance.

The voices are then fed into a low-pass filter to sheer off some of the brassy upper harmonics of sawtooths.

From there, they are occasionally sampled by two loopers: one plays back and octave below, the other an octave above, both in reverse.

Everything is fed into an offset, cross-feeding delay (yes, in the SOMA Cosmos style; I’ve been overusing this lately, but it’s such a great “space filler”). The delay times are offset by roughly 4/5ths.

Then it’s a good ol’ plate reverb, and we’re out!

The New River Gorge is one of the big tourist attractions in West Virginia: beautiful views of the Gorge from the eponymous bridge, great white water rafting, beautiful forests and geology. Sort of our big, epic nature thing. Fun fact: despite the name, the ‘New’ River is one of the oldest rivers in the world.

christopher-h-m-jacques
6651 PM
Chat about this patch on Discord! Download (57)