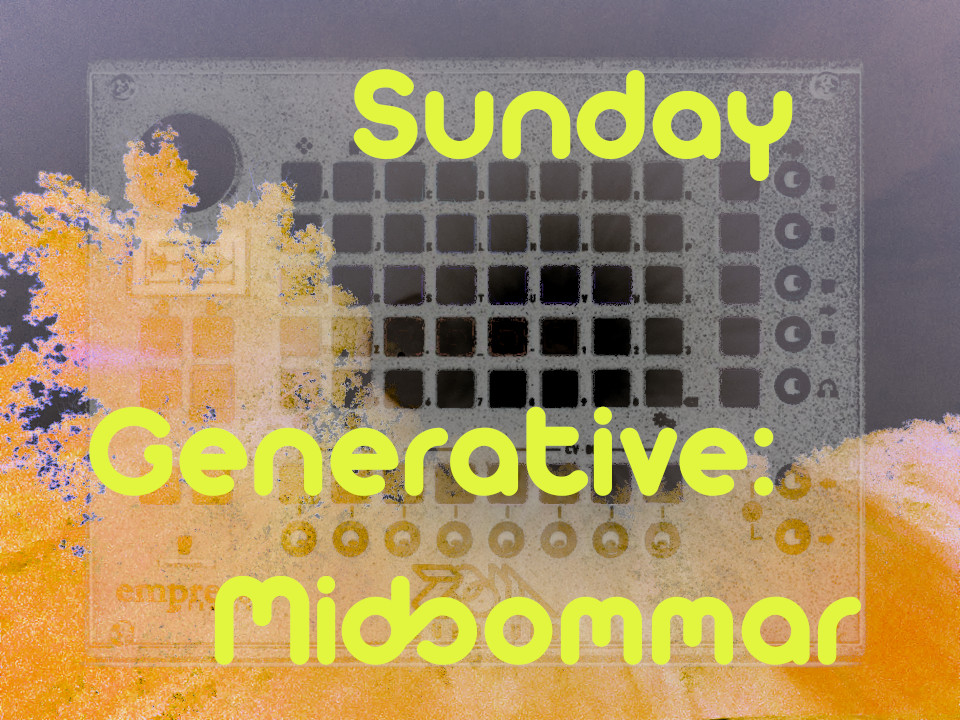 I finally got around to seeing the trendiest movie of three years ago! And I have… mixed feelings about it. But some of the idyllic music, contrasted with the macabre elements of the film, inspired me to work on this piece.

There are three voices.

Two of the voices are meant to sound like “recorders,” and these simply use sine wave oscillators and an audio multiply to add additional harmonics. They are also modulated with a fairly fast triangle wave to add vibrato as well as a small amount of digital noise (random module) to emulate some of the noise in a woodwind.

The other voice is a plucky, piano-y thing. It moves randomly through the scale.

There are also two modes; one where the recorders play at the same time, and one where they hocket back and forth. (It doesn’t transition very well between the two modes, unfortunately).

So this generally produces fairly pastoral, idyllic tones. A bit medieval or rustic in composition.

But while this is going on, the audio is sometimes recorded and looped. The loop fades in from time to time — playing backwards, often speed up or sped down, with a wobbly, randomized pitch modulation — which is meant to introduce the aspect of a “bad trip” being exposed beneath the carefree exterior, in homage to the film.

Finally, everything passes through a hall reverb. And that’s it.

christopher-h-m-jacques
7307 PM
Chat about this patch on Discord! Download (58)