Blackwater Falls — generative patch from my May 18th livestream 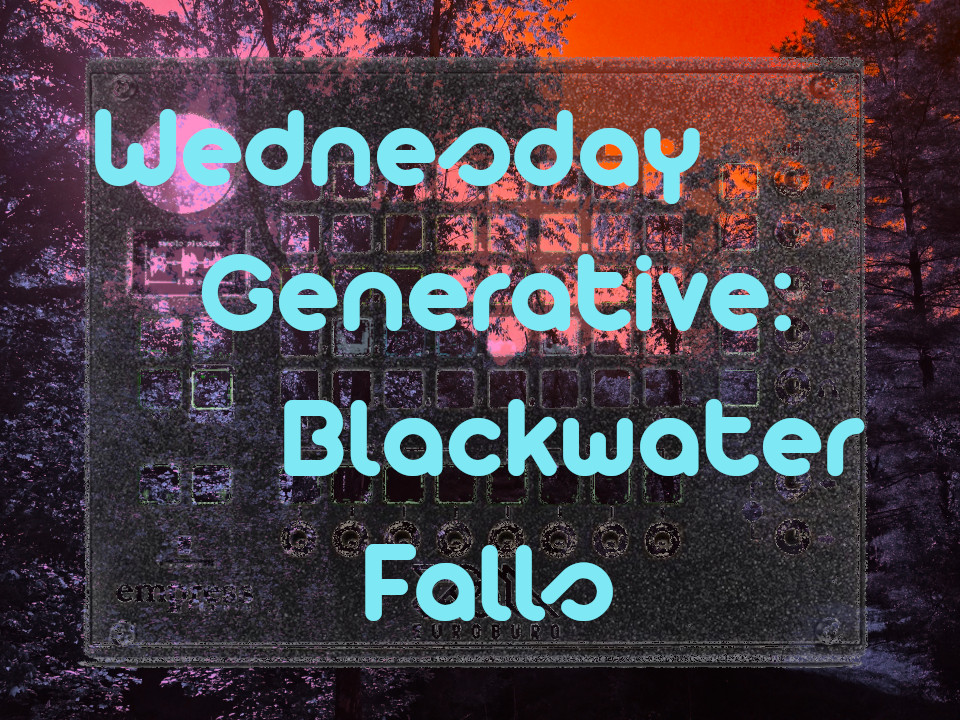 Noise can be beautiful. The only sounds in this patch are derived, ultimately, from noise modules. Or a noise module, since, as I point out in Tips and Tricks, you only need one noise module per patch.

That noise module is then sent through two aliasers to “granularize” the sound. After that, one of the aliasers’ outputs is sent to two pairs of bandpass filters (their resonance is modulated, so sometimes the noise passes through and sometimes the resonance overtakes it). Each pair is tuned independently, with one filter from each pair being an octave above the other. The connection between the aliasers and filters is also modulated via VCAs, to produce wavering amplitude of each filter/noise voice (the VCAs are placed before the filters to allow the resonance to ring out, even as the excitation of the noise dies away). The output of the second aliaser is sent to yet another pair of bandpass filters, the same as the previous ones, except the second filter is set two octaves higher. The amplitude of the VCAs and the resonance of the filters are controlled by sine wave LFOs, with randomized rates.

That’s a lot of specifics to take in, but the goal here was basically to create sounds that faded between noise and resonant tones, with a lot of undulation from each of the six noise/filter combinations.

The outputs are then spread across the stereo field before being passed through non-resonant low-pass filters to tamp down the noise some. After that, they pass into a stutter router — either they are passed onto the plate reverb at the end of the signal path, or — as determined by probability — they are held in a delay line buffer and caused to stutter. (I was a little inspired by the Bootcamp on Saturday, although I chose a different implementation of stuttering.) Because there are not really any transients in the sound, the stuttering effect is less dramatic than in many other cases, but it does provide unexpected breaks in the pattern of things.

Blackwater Falls is a waterfall (and state park) in West Virginia. It’s not really that eerie, but the last time I was there, as a child, it was in the middle of winter. The Blackwater river was partially frozen over, and there was just this strange, serene quality to everything, including the falls.

christopher-h-m-jacques
6651 PM
Chat about this patch on Discord! Download (119)