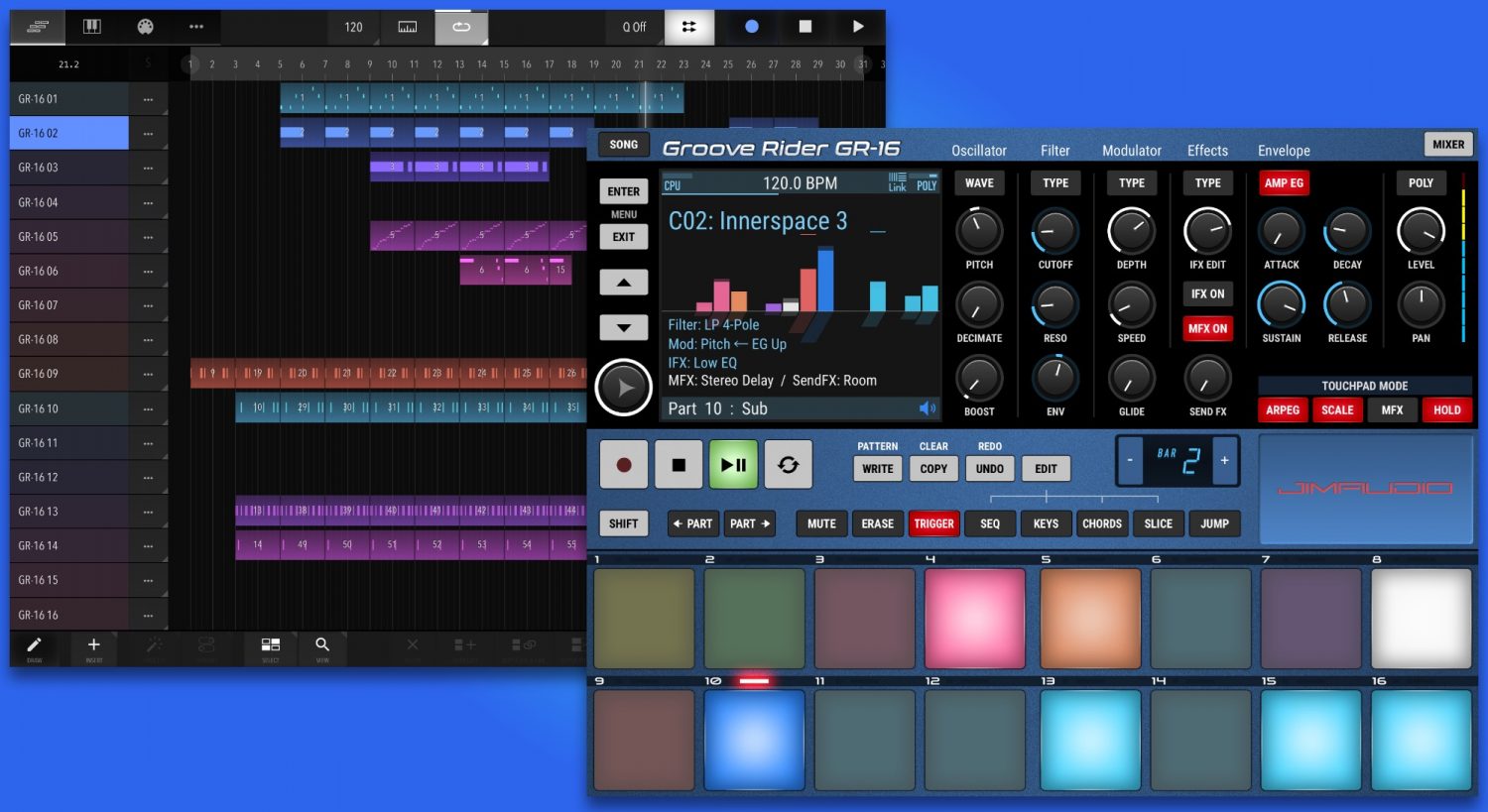 This is a Xequence 2 project that is set up for recording the MIDI out from GR-16 into Xequence 2, then playing it back to GR-16. This can be a great way to build arrangements more easily than through the GR-16 song mode. It can also make it easier to edit patterns
, and to do things like sustain notes for longer than one pattern, or play chords with different length notes.

Basic Usage:
Note: You’ll need to unzip the attached file and place it into the Xequence 2 folder on your device.

Part I: Recording the MIDI
* Turn Virtual MIDI Out: On in GR-16
* Set MIDI in Mode: Poly in GR-16
* Enable MIDI In and select GR-16 in Xequence 2
* Load both GR-16 and Xequence 2 into AudioBus (routing isn’t important. This is just for synchronized app start.)
* Turn Link Link Start/Stop on in and Audiobus and Xequence 2.
* Turn Link on in GR-16.
* Turn Multi-Track recording on in GR-16 (the icon next to the record button).
* Unmute all parts in GR-16.
* Press record in Xequence 2. All parts should get added to Xequence 2. Press stop when enough has been recorded.

Part II: Playing back the MIDI
* Disable Link Start/Stop in Xequence 2. (This is to prevent Xequence 2 from starting Audiobus and GR-16 when you press play in Xequence 2. You don’t want GR-16 to play back its own patterns, but to respond to Xequence 2’s MIDI instead.)
* For each track created in Xequence 2 you now need to set the output to GR-16 and to the appropriate channel. A Xequence 2 project that is already set up with all 16 channels is available to use as a template on PatchStorage.com.
* When you play back the recorded tracks, GR-2 will respond to the MIDI coming from Xequence 2.
Now you can cut, loop, duplicate and arrange the song in Xequence 2.
Edit