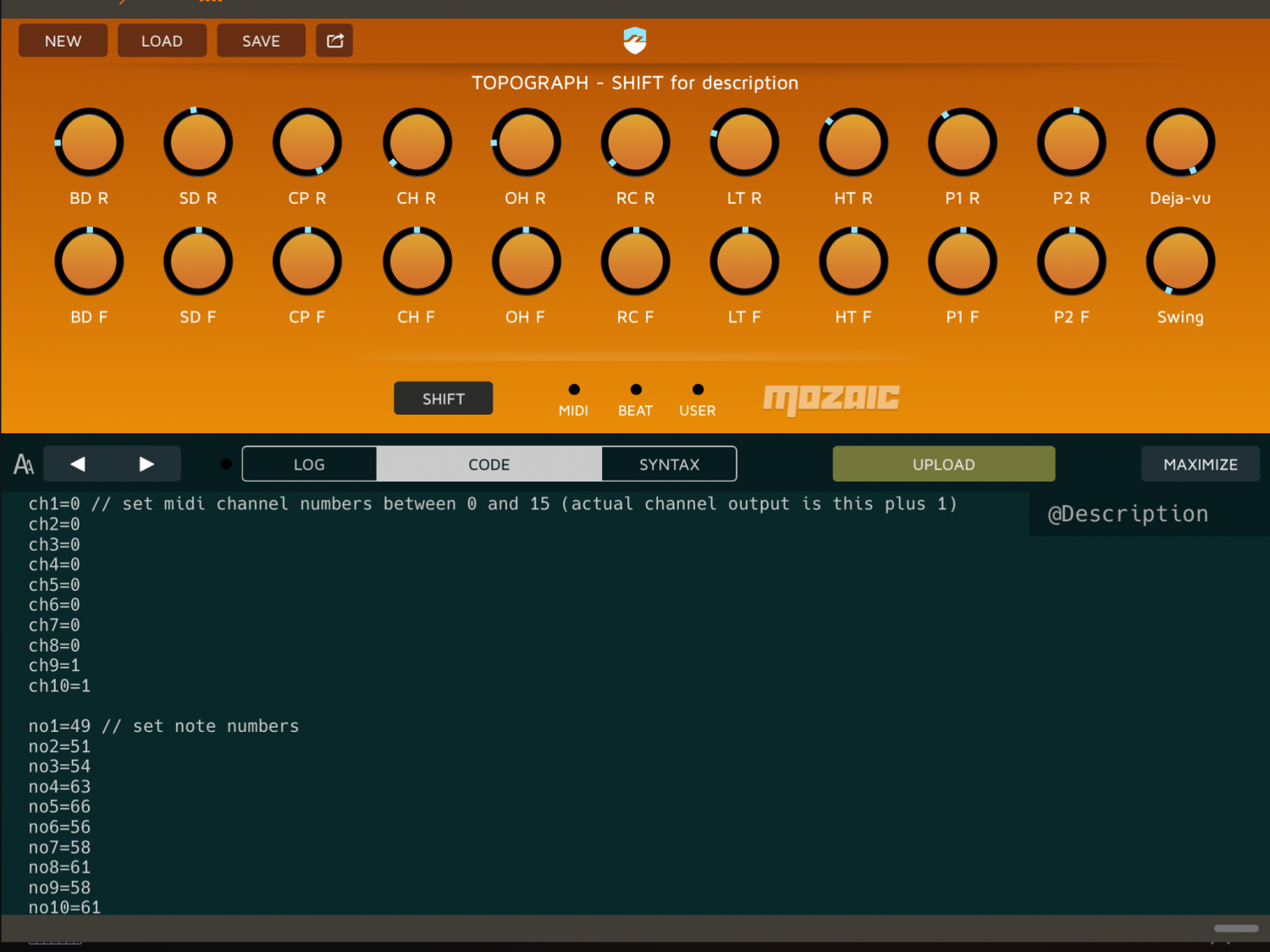 Quick fix 1.0.1: I forgot a few lines of code in the first upload which made it work only with note assignment of Ruismaker, now the settings work as intended.

2.
The lower row (Fill) does two things. In middle Position, the drum sound will just do as described above, and repeat as many times per 16 steps as shown in the upper row. Dial the knob to the left to reduce the chance of that happening, so at hard left the sound will be triggered with 0% (off), and at 9 o’clock with ~50%.
If you dial towards the right, instead of reducing, you’ll increase the chance to play additional notes off the Euclidean grid, with a lower velocity, set randomly between 20 and 80, while the main velocity is 127. At hard right, all 16 steps will be filled.

3.
Deja-vu is a Turing-Machine like algorithm that allows to repeat the randomness of the lower row, so both the additional notes and the ones that are not played. Turn right for complete randomness, turn left for looping.

5. The channels and notes have to be configured via code window, which shouldn’t be too much of a problem even if you don’t program. Settings are easy to identify. Default programming fits the note numbers for Ruismaker on channel 1 (Drum 1-8) and for low and high tom of a second channel of Ruismaker on channel 2.

tomsimmert
189 PM
Chat about this patch on Discord! Download (43)