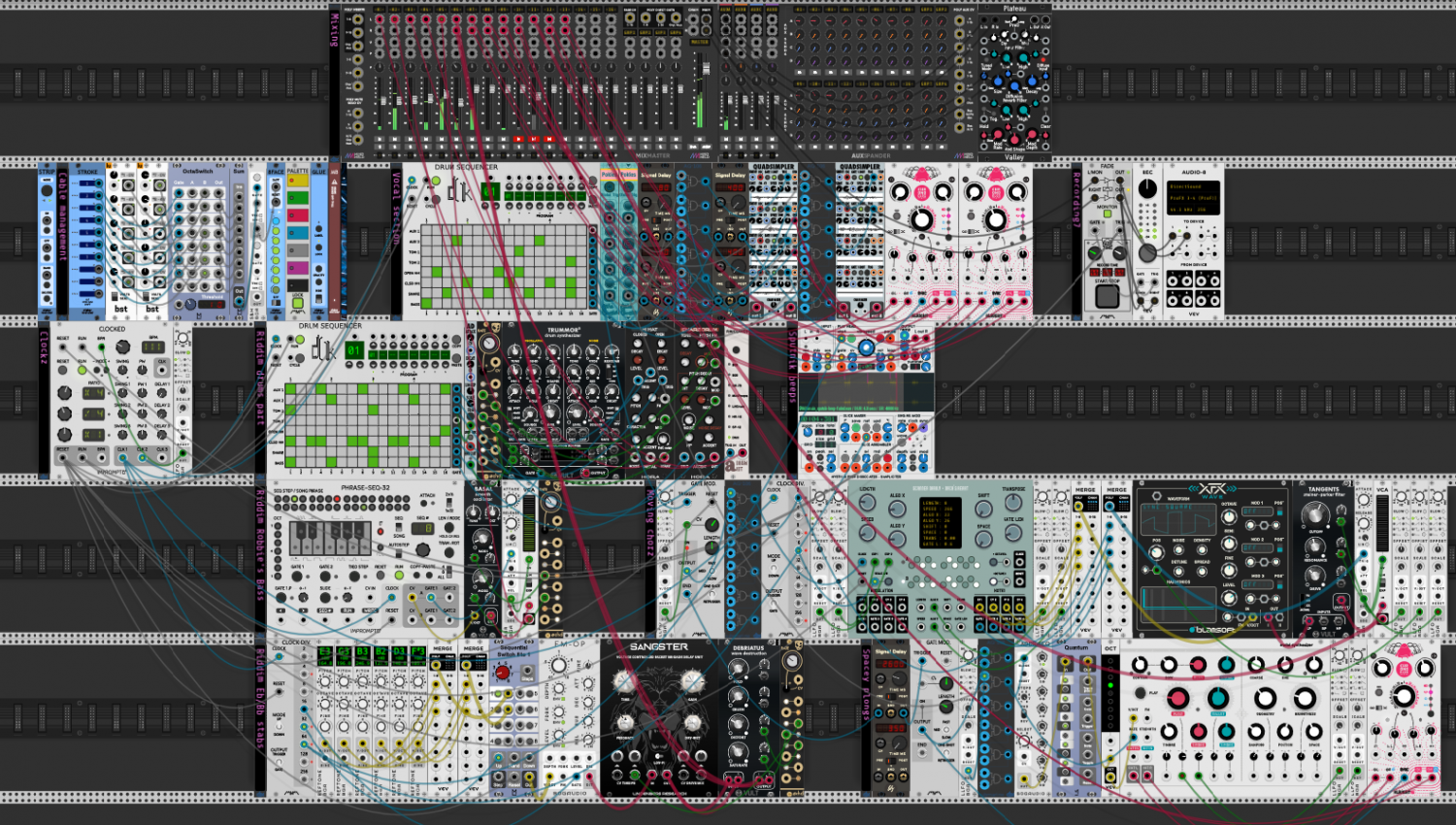 Mixing a dub riddim in VCV Rack with some sampled Hamlet quotes and some randomly thrown in synth textures for that mid 80’s vibe.

Samples included in the file:
Sputnik beep sample courtesy of NASA
Quote by James Dean in “East of Eden”
Quotes from Hamlet’s speech from a Librivox recording of the play.

The playback of the samples and some of the synth voices is enabled with Pokies. Play also requires some operating of the two delays
The patch crashes occasionally when loading, most likely due to the sample player modules.

GretchenV
226 PM
Chat about this patch on Discord! Download (34)