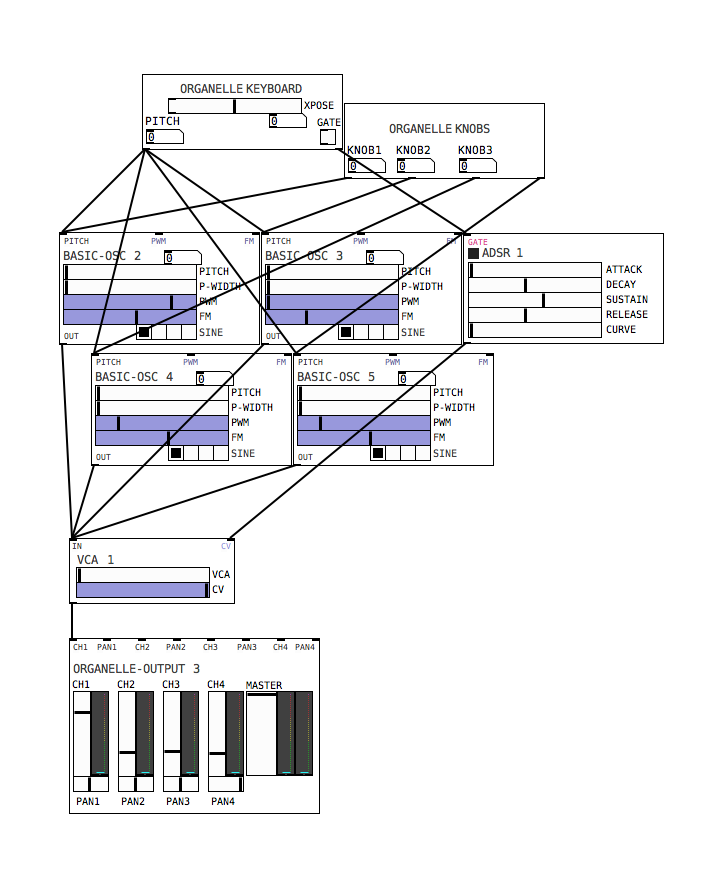 This is a simple synthesizer with the four knobs changing the pitch of four different sine waves. These sine waves are playable on the organelle keyboard, so you can create some nice harmonic stuff with the four sine waves.

Right now the screen won’t show anything except for the input and output bars at the top. (Not sure how to do that yet…) The patch is also only mono, I think in the future I will make it poly.

(This patch is made in AUTOMATONISM btw)

blackapple
39 PM
Chat about this patch on Discord! Download (665)

One comments on “The JonasSynth”