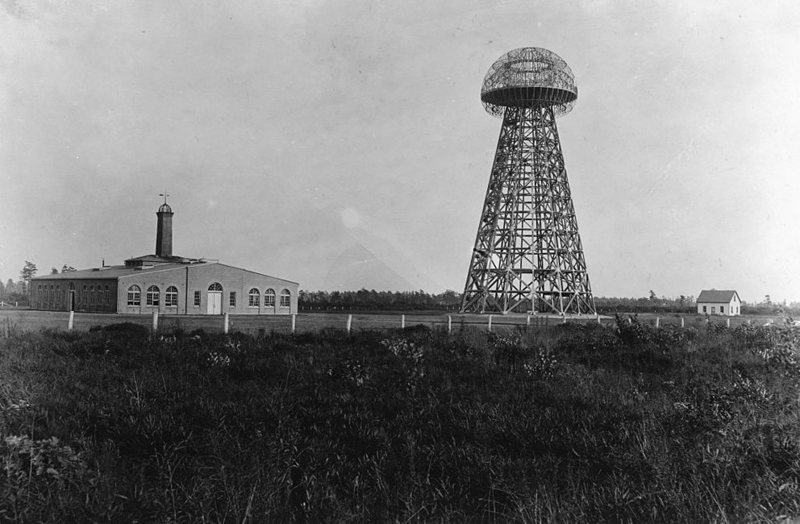 A “Wardenclyffe” by Hungry Robot clone.

One of my favorite lo-fi pedals out there that I hope to add to my collection. But this recreation seems accurate enough that I may never need it… I’ve included two versions of this pedal. One with just the Tesla Tower, and one with an added tape delay before or after the vibrato.

-TESLA TOWER
The controls for this patch are laid out in a similar fashion to the original pedal. Started from the top left you have your vibrato depth. Then your wet and dry mix.

Second row has a pushbutton to select a normal sine wave vibrato or a glitchy random vibrato. Following that on the right is the filter control.

The third row has your vibrato speed, a pushbutton to switch between a high pass and a lowpass filter, then the pad pushbutton.

The left footswitch turns on some extra noise. The middle footswitch maxes out the vibrato rate and the right is your bypass.

-TOWER DELAY
The controls remain the same as the Tesla Tower with a few exceptions.

The noise is now located as a peach pushbutton on the bottom left. Next is your feedback control. The next peach pushbutton is the toggle between having your delay before or after the Tesla Tower. On the end is your delay mix. Lastly, the left footswitch is now the tap tempo.

jobythedog
181 PM
Chat about this patch on Discord! Download (263)