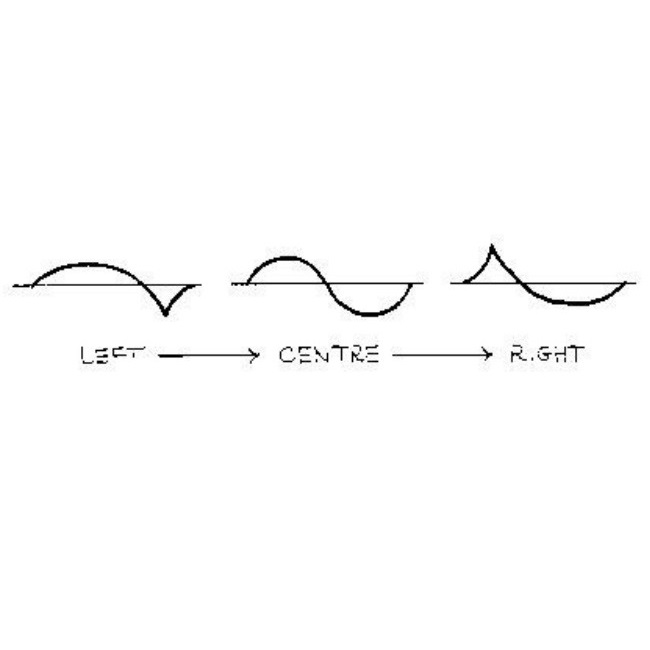 As I was doing research into the EMS Synthi VCS3 I read in the original manual that it implements waveshaping of the sine, which turns it into something I would call a DC offset rectified sinewave. Another manual for the Synthi AKS stated that this was done by introducing even harmonics. Since I am trying to build this awesome machine in VCV Rack, I wanted to try and get as many features correct as possible, hoping to get as close to an authentic Synthi experience as I can. The shape of the sine wave is a very important factor in that, I think.

So in one of my attempts at recreating this waveshaping using additive synthesis I think I finally got really close, although there are some things that don’t yet function like they should, like the sync changing back and forth between in and out phase as you turn the dial.

Then, after doing some more research, I found an article discussing these shapes from the perspective of phase distortion synthesis, a technology that was implemented in Casio keyboards in the 80s that should also be able to shape the triangle from ramp to saw like the Synthi does. Then I went digging through the modules and found the TiARE by Bidoo, hardsynced two of them together, connected a dial to the x-axis of the knee and voilà! There is the shape I wanted!

This patch has both these discoveries to tinker with, then I wanted to check what the FM characteristics were like so I gave them both their own Bogaudio VCO, which has exponential and linear FM capabilities. Then for the bottom there is a nice deep drone consisting of two dBiz Verbos, an oscillator I tried out for its ability to dial in harmonics. It didn’t do what I hoped but are still awesome oscillators!

If you have any suggestions on where I can go from here, please let me know!