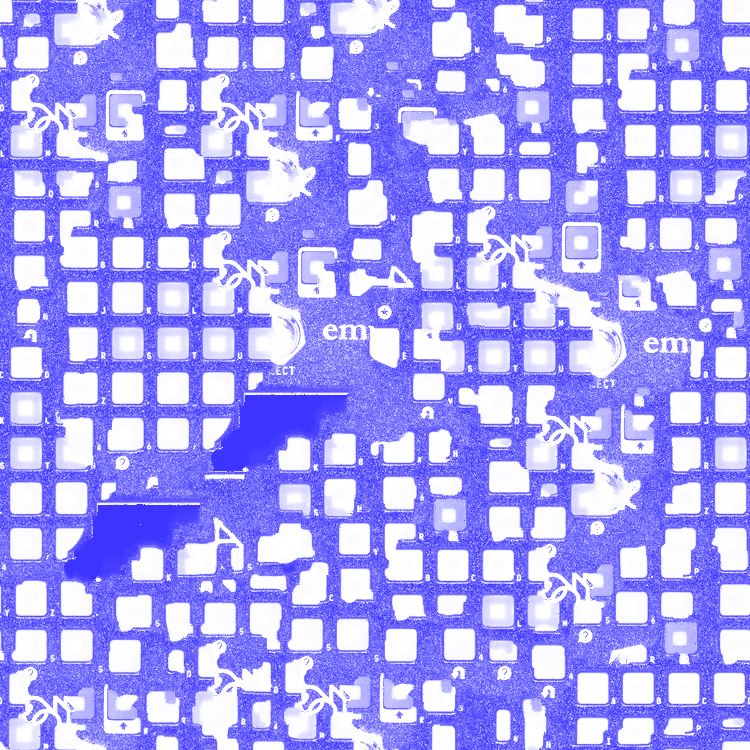 This is a biggie! I haven’t had a lot of time with Zoia lately so this is the only patch I made in a long while.

I took a good amount of puzzling to get everything to work as intended, but I think it’s pretty fool proof now.

The second and third page are a grid where you can draw any shape LFO you want. Ideally, you’d have only one button pushed by column, as there’s is no easy way to make radio buttons on this scale. If there’s more than one button pressed in a column, their values will add up. It won’t break anything, but it won’t be the shape you drew.

To get a bit more resolution, I decided that no button pressed would be the 0 for the drawn waveform. So you basically have a 16×6 grid.

You can toggle between your custom waveform and a (also highly customisable) LFO by pressing the left footswitch.
There is a fair bit of smoothing going on to make the drawn waveform more musically pleasing. I set it to a spot where itt sounds good to my ears. You can tweak this on page 5 if you’re so inclined.

To the LFO now. All you need is on the front page. Ramping is turned on or off with the middle footswitch.

[A]. [B] and [C] are pushbuttons that control the shape of the second half of the waveform. Square, sine and triangle respectively. Nothing pressed defaults to square.

[I] [J] and [K] are the same deal but for the first half of the waveform. It would be more intuitive if both those sets of controls were interchanged, but I didn’t notice my fuck up… I’ll update the patch when I’ll have more ZOIA time.

[Q] [R] is a value module that offsets the LFO. I have it ranging from -.5 to .5 ’cause I found that range nice to work with, but you can offset it with this module. I find that setting the output of this module to view the waveform is very useful for quick referencing, which is why this is on the front page.

Your LFO controls are in yellow.
[L] is a pushbutton to invert the ramping
[M](N) is the rate
[O](P) is the amount of ramping

This is the same LFO that controls the sequencer, so your drawn waveforms can also be ramped.

This is the only ramping that doesn’t work with the sequencer. I just realize that I didn’t add this in. It would be quite easy if you don’t want to wait for my next patch update.

To the bottom right you have your controls over the ramping LFO.
[O](backspace) is the rate
You also get a toggleable waveform with the right footswitch.
[9] is an indicator of what waveform you’re on
Blue is sine, green is triangle, red is ramp, yellow is sawtooth, aqua is random and magenta is square.

[Y][Z][.] is your delay line. I chose a chorus because I really like the effect, but this is conceived as a utility patch, that you can send to whatever you like.

There’s a fair bit more going on to make all of this work and intuitive in one page, but that’s really all you need. When I play the patch, I really only stick to page 1, and go to 2-3 if I want to redraw waveforms.

Simon_Provencher
224 PM
Chat about this patch on Discord! Download (290)

One comments on “Slipped Disc : Highly customizable chorus/vibrato with drawable waveform and ramping”