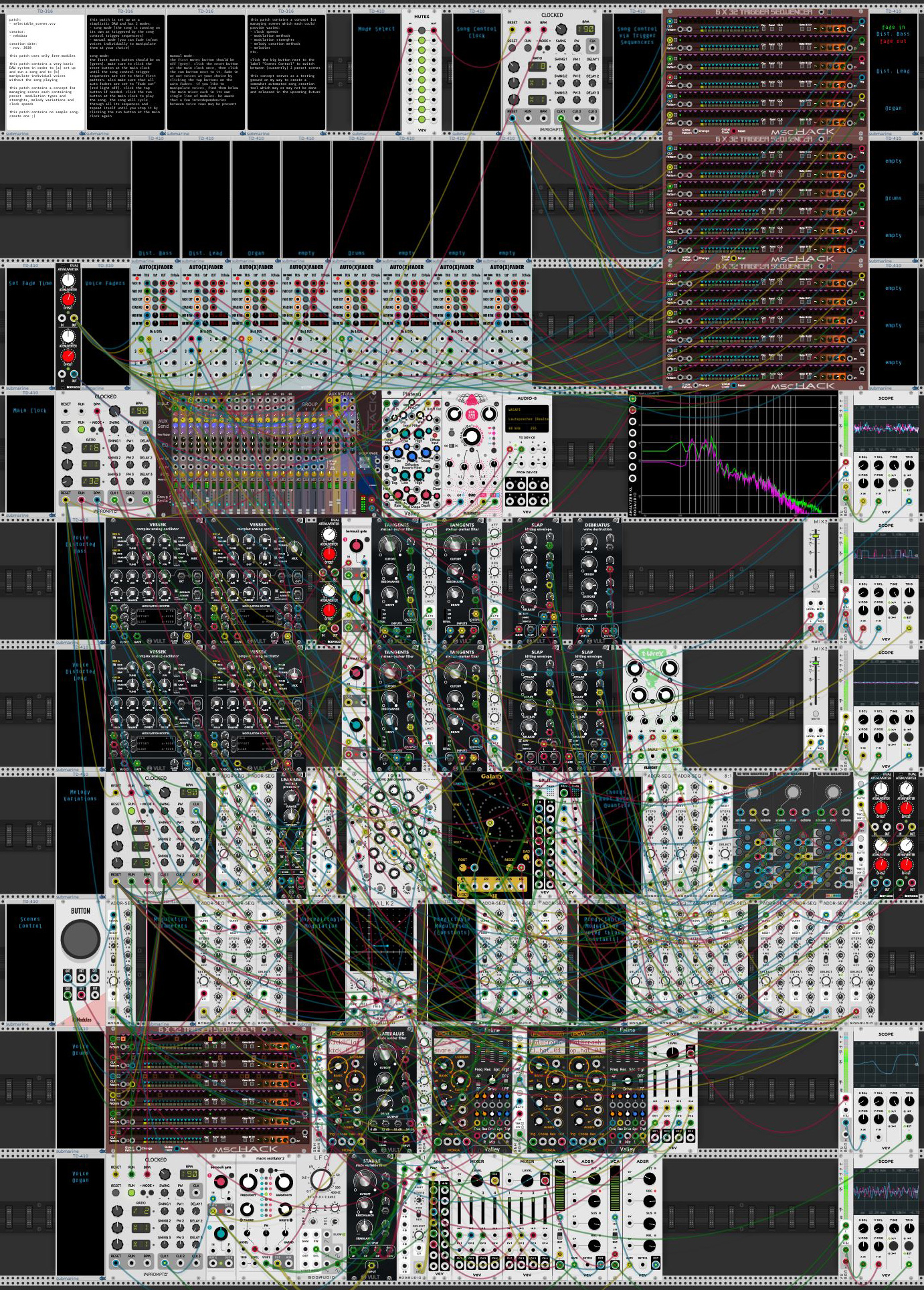 Well, where to begin… initially this patch was used to test various Vult modules in order to create a sound close to a distorted guitar (which actually turned out rather nicely). Soon enough it got complicated. I have this odd idea, that VCV Rack could be used to create a somewhat automated song creation system, which brought force a multitude of problems which needed to be solved before even giving that idea a first try. So on I went, initially testing how scenes could be defined and controlled. A scene, as I envision it, contains various presets to control clock speed, modulation types and strenghts, melody creation methods, melodies and so on and of course, could be selected via a trigger or whatever. I remember that Omri held a tutorial about a NYSTHI module, that could control scenes to some degree, but I wanted to trie my own (weird) approach, mainly to just learn about stuff in VCV Rack.

So there you have it to play around with. The provided sound file uses the first scene for about its first half and then blends into the second scene using the very same modules as in the first scene but producing a rather different musical vibe. The patch contains a whole lot of text notes on what does what, so you shouldn’t get lost too quickly.

Included in this patch is the very basic DAW system that I published a while ago here in this portal. It doesn’t contain a sample song. Go ahead and create one yourself ;)

This patch uses only free modules.

As always I’d be glad to receive any sort of feedback – good, bad or ugly. Thanks and have fun!

nebdaar
82 PM
Chat about this patch on Discord! Download (20)