Route 66: the Courts of Chaos 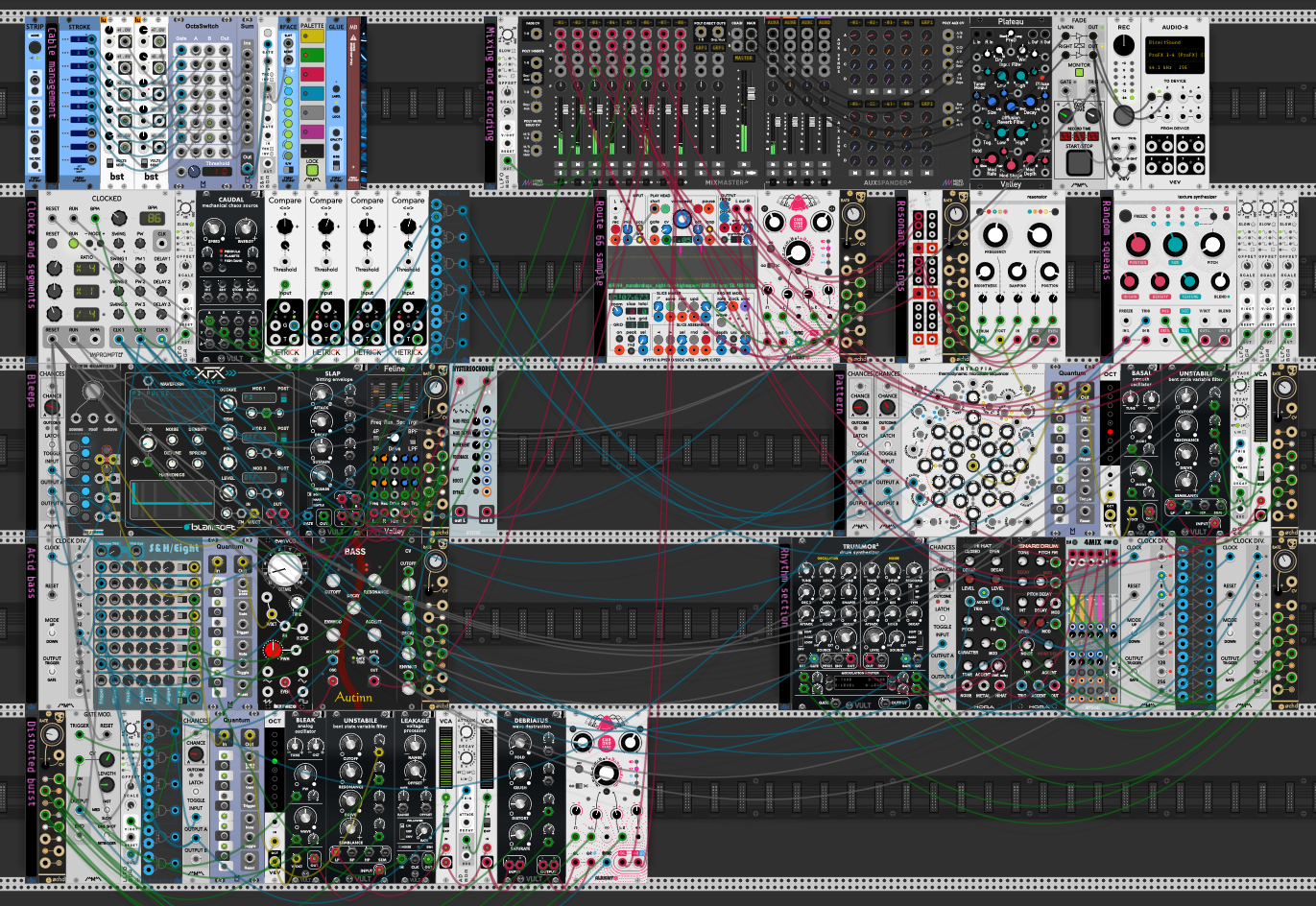 This mostly generative quasi-ambient composition has nothing to do with the other songs by the same name. It does use a sound recording of the actual road forming a background drone and used in two other voices as a source of audio data. The other voices are more straightforward. Lots of S&H sequences with logic and Bernoulli gates and segmentation achieved by using comparators on Caudal. I only had to unmute some channels on the mixer and twist the threshold of the comparators for the performance.

The video is a project in Touch Designer, again somewhat audio reactive. The ‘fractal sky’ visual reminded me of the sky as described in the ‘The Courts of Chaos’ by Roger Zelazny. You can kind of imagine that you are travelling on the Black Road approaching the Courts.

All free modules and the sound recording of route 66 is included in the patch zip.

GretchenV
226 PM
Chat about this patch on Discord! Download (37)