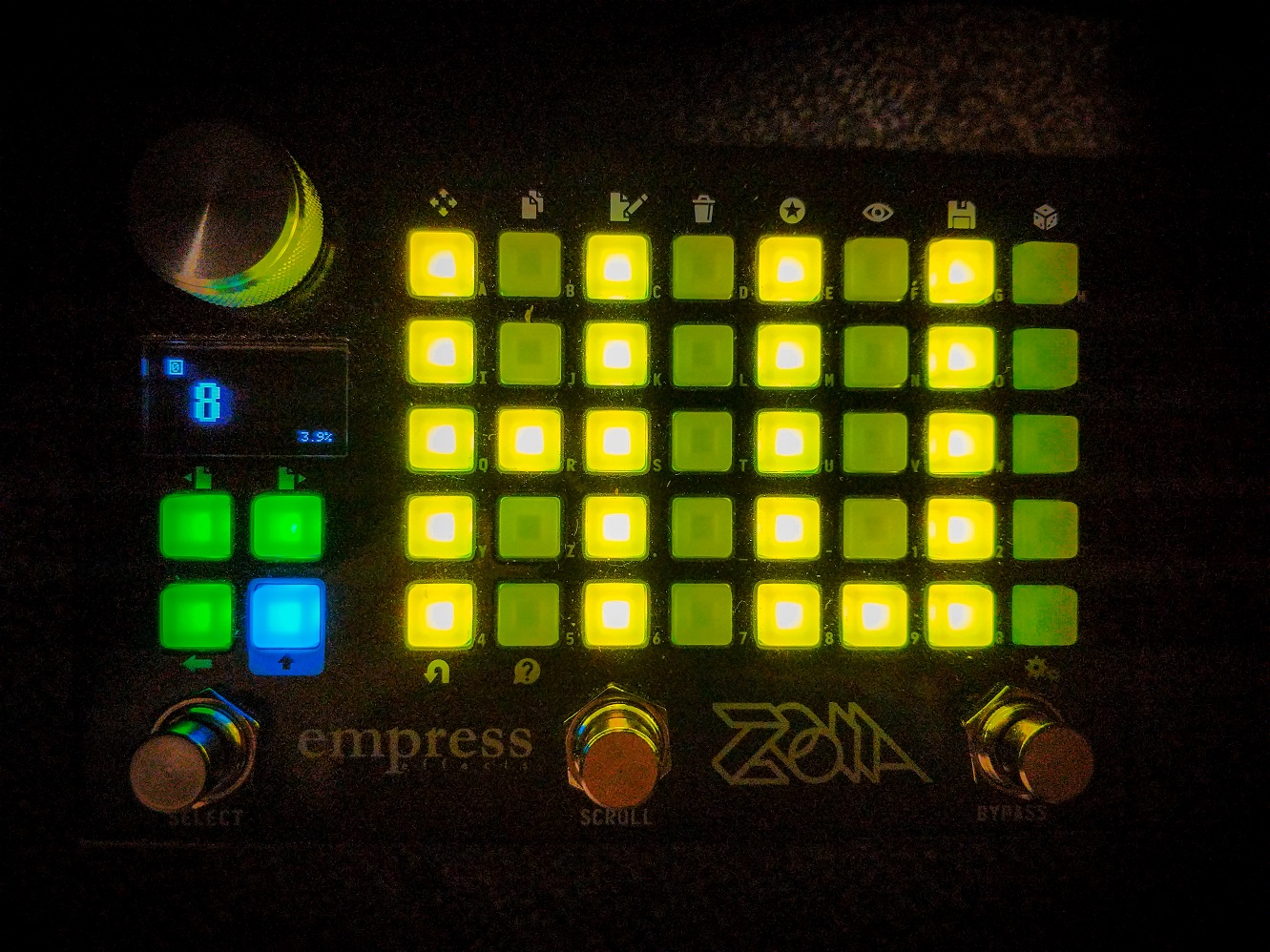 Although none of these words describe me, people will definitely say them about your ZOIA if you’re using this patch.

At its heart, Rainbow Sync is just a graphical template. It doesn’t do anything super cool or amazing. You have to make it do super cool and amazing things, preferably things that are syncable to an LFO.

Because the Rainbow Sync generate rainbows based on your tapped tempo.

when you load up the patch, nothing happens. Middle footswitch will engage a square wave tremolo synced to a tap tempo set by your right footswitch. That’s all this patch does if you’re blind.

If you’ve been blessed with sight (give thanks you have been), you’ll notice that the tremolo syncs up exactly to the rainbow moving. Cool.

But check this out. The first three pages are different directions the rainbows move. Cool. So if you like only one of those, feel free to delete the other two. They will all work.

Your fourth page is where you can make some things happen. [A] is your left footswitch (assigned to nothing, this is your job), [B] is your middle footswitch (engage rainbow!, bypass stock trem), and [C] is your right footswitch (tap tempo). All good info for making your own patch.

Square in the middle are four buttons in a rainbow gradient. [S] (red) is quarter note subdivision, [T] is dotted eighth, [U] is eighth, [V] is sixteenth.

The fifth page is boring logic. Sequencers, in switches, sample and holds. You have four clock dividers. The fourth row is two dividers in series which give you the dotted eighth. The fifth row has one divider each of eighth and sixteenth. Feel free to change those as you want.

The sixth page is a boring square wave tremolo. Super basic. In, bypass, VCA, out. This is where you begin to build your tempo-synced effect.

And there you go. It’s just a clock and ui buttons, but it’s enough that someone at a show will stare at your board in wonder, mesmerized by the prism of your imagination.

HopefulUtopian
264 PM
Chat about this patch on Discord! Download (238)