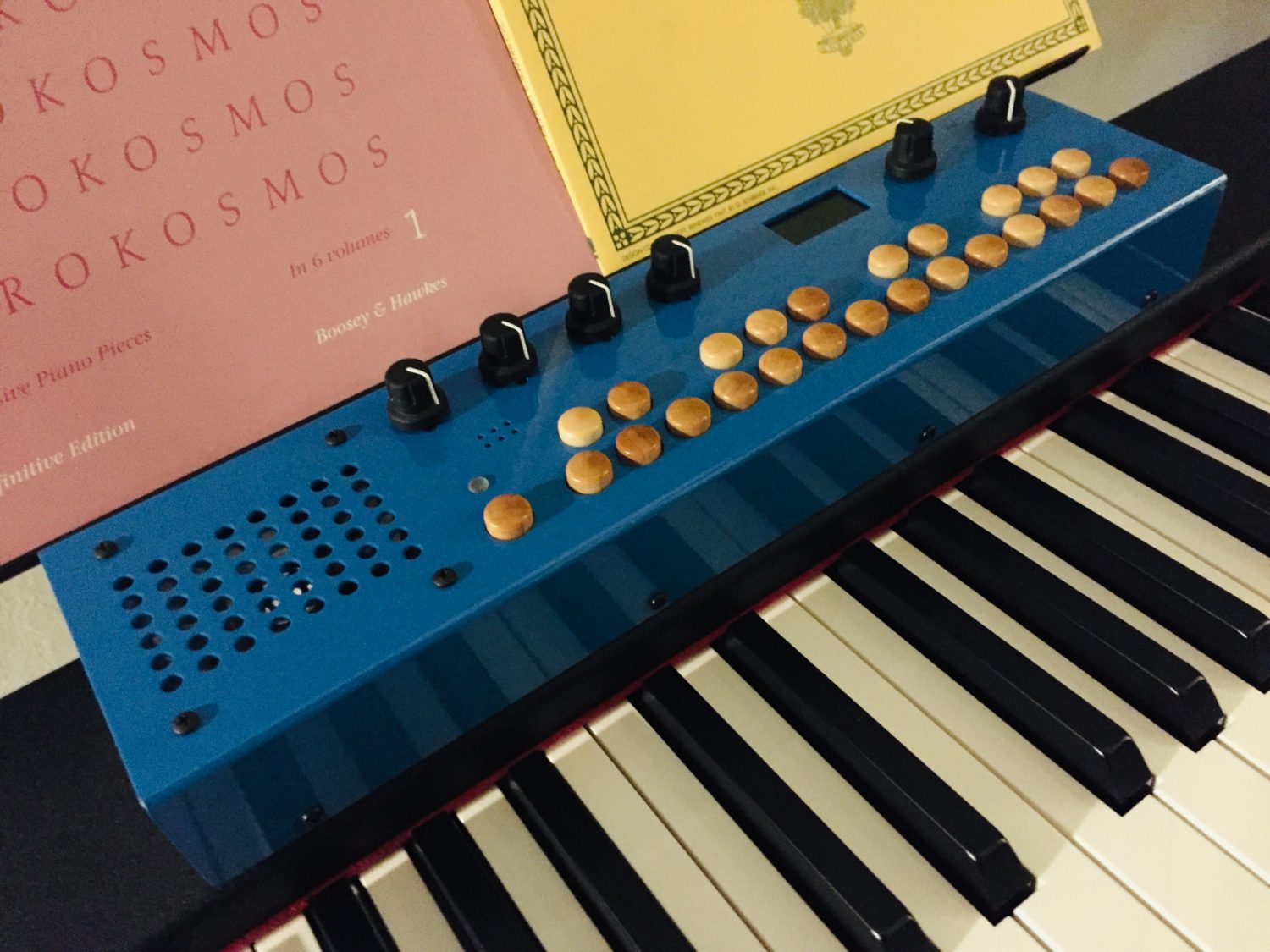 Polylogue is a polyphonic analogue synthesizer inspired by the workflows of the Korg Monologue and the Korg Volca Keys.

* Six voice polyphony with two oscillators per voice.
* Each voice is fully articulated, featuring its own envelope generator, low-frequency oscillator, filter, and amplifier.
* Five wave shapes per oscillator: Saw, triangle, square, cosine, and noise.
* Wave shaping for all four major wave shapes: Saw and triangle waves transform to shapes similar to the Korg Monologue’s fully transformed wave shapes, pulse width modulation for the square wave, and frequency modulation for the cosine wave.
* A resonant filter which self-oscillates.
* ADSR-style envelope generator which can simultaneously target the amplifier, both oscillator pitches, and the filter cutoff.
* Per-voice low-frequency oscillator with saw, triangle, square, and cosine wave shapes, which can simultaneously modulate both oscillator pitches and the filter cutoff.
* The secondary oscillator can be offset up to two octaves up and down from the primary oscillator, as well as detuned about another two-thirds of an octave up and down.
* Four channel mixer for adjusting the levels of the two oscillators, line in, and a feedback loop drive.
* Sequencing with Critter & Guitari’s Sequencer 3.
* Polyphonic portamento.

For more info, please view the readme at the Source Code link on the right!