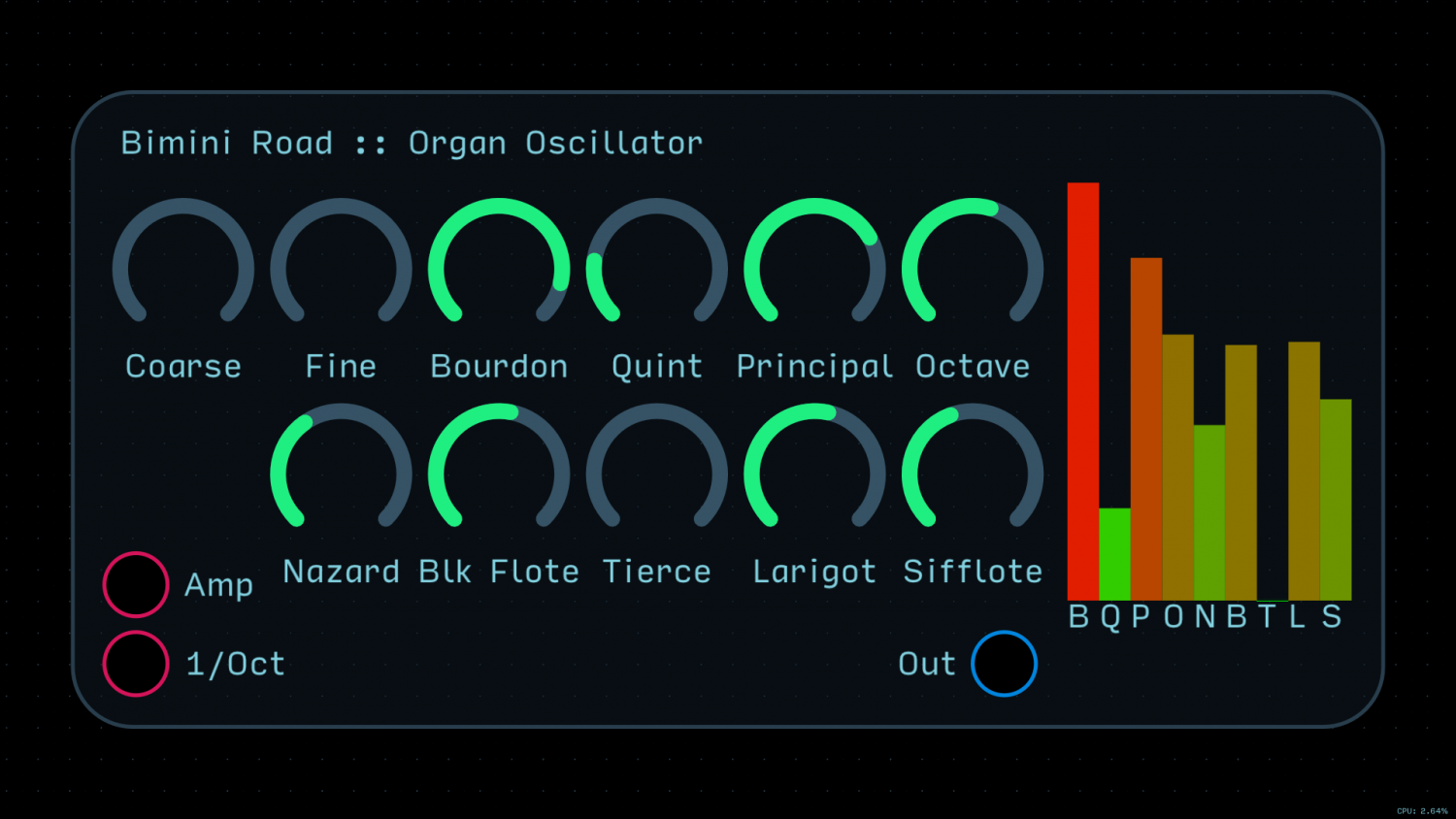 This additive oscillator is ripped straight from the pages of Sound on Sound’s Synth Secrets series, which was in turn ripped straight from a Hammond Organ.  Though it obviously doesn’t function the same way (Hammonds use rotating metal fan blades for its oscillators), it has the same harmonics as a Hammond does – instead of drawbars, they are knobs (though the meters to the right give a similar “drawbar” feedback).

Attach an envelope and a Leslie simulator and you’ve got a Hammond organ clone.

biminiroad
4463 PM
Chat about this patch on Discord! Download (59)