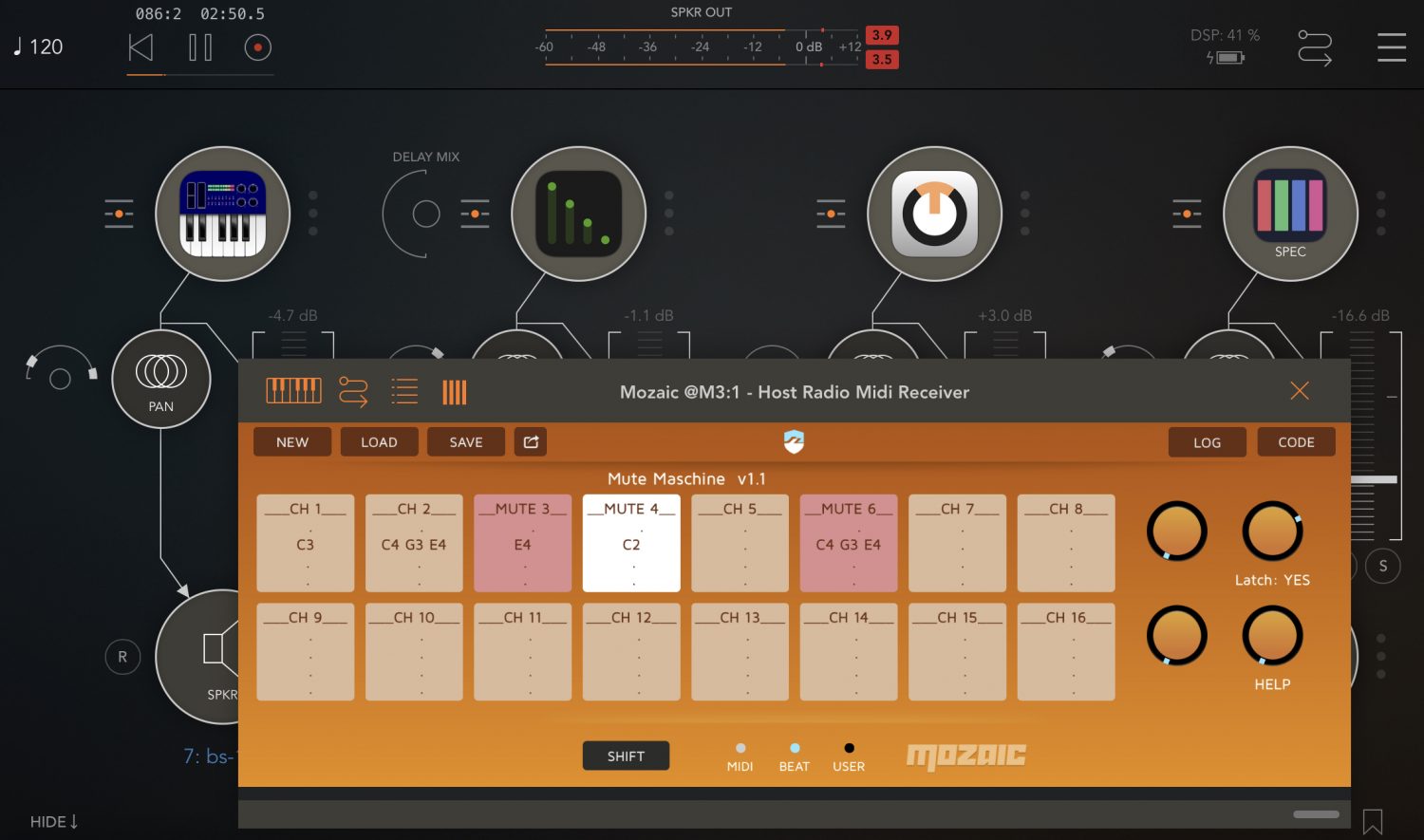 Beat juggle with channel mutes of all 16 midi channels.

Hold SHIFT while pressing or releasing a channel pad will toggle the state between normal and inverse mode. Inverse mode is visualized by a red pad color.

Of course you can also hold or press simultaneous channel pads.

And you can even change other channels states while holding pads since the SHIFT button
is applied per pad.

If you for instance temporay muted a channel, but want to keep the mute just press SHIFT while releasing the channel pad.

Version 1.1 offers an alternative interaction flow without the need for the shift button. If at least one pad is pressed a LATCH: no/yes knob is shown that allows to ‘latch’ the current state of a pad even when releasing the pad(s). The latch knob supports double-tap.

Techniques
* If a channel contains sustained chords, mute the channel and then in inverse mode tap the channel pad to manually gate the chord