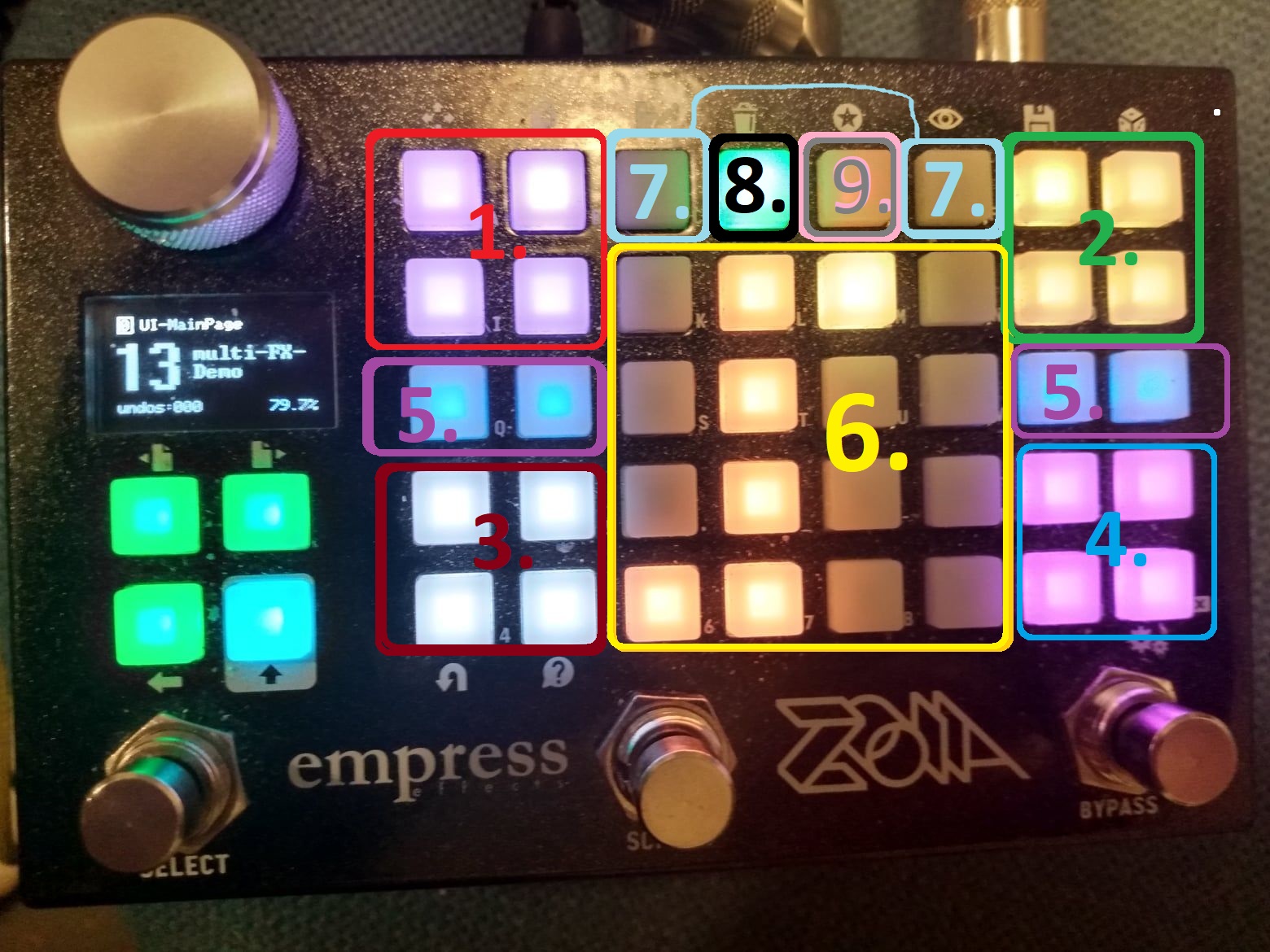 Delay rate can be set to 4ths, 8ths, dotted 8ths, or 16ths in relation to the tap tempo.

Chorus is set to a half note rate.

Controlling the delay rate divisions, within a common tap tempo, is handy.

Levels, and tone controls etc, certainly could use some adjustment, but the structure of this patch was my focus.

(as shown in attached image)

This patch might be of use though, even with it’s unfinished nature.

I would greatly appreciate any tips, or input!

ADDITIONAL NOTES & THOUGHTS:
(wrote a novel, you can skip this)

I am still wrapping my mind around the zoia, and am learning as I go.

My goal was to set up a patch where I could engage drive/distortion, and multiple effects independently.

Ideally I wish to have a delay effect, and several modulation effects, all being able to be engaged independently from one another as well as multiple simultaneously. After creating this patch, I suspect trying to accomplish that might be very difficult within cpu limitations. There’s still more I intend to add, and I will update this as I make further progress.

*There is one glitch I’ve noticed. When initially switching to the patch both the chorus and delay are selected. Hit the effect selector pushbutton once, and this patch begins to work as intended.*

Additionally, the delay rate setup (4,8,.8,16ths) was never a goal of mine when I started this patch. That being said, I found a method that works that uses tap tempo, as opposed to CV. I suspect there’s a better way through the use of LFO’s or a midi clock?? Everything I tried though failed.

**patch is intended to be used in performance mode

john_greenbeck
51 PM
Chat about this patch on Discord! Download (131)