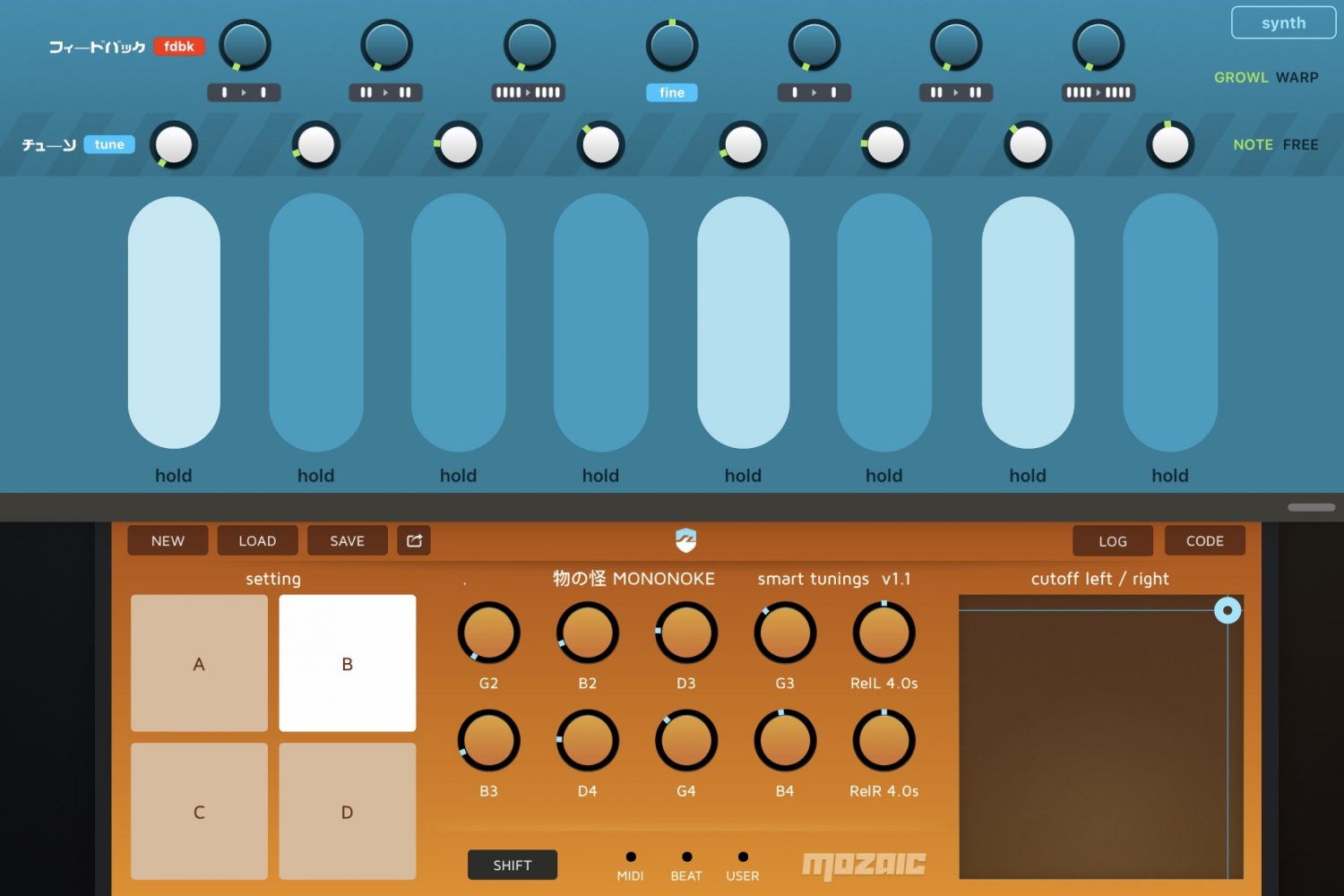 Tips
=====
You want the release time long enough to not distrub the release of a mononoke note, but also as short as possible.

To get a feeling on how to setup the release time, try the following:
* Set the left release time to 0
* Set the mononole left release time to 30
* In setting A set pad 1 to the lowest note
* In setting B set pad 1 to the highest note
* Press and hold Mononokes pad 1
* Change to the other setting and then release the mononoke pad
* Since there is no release delay, the script will update the note as soon as it as released resulting in a audible pitch change.
* Now set the left release to 1.0s and you will just hear a short jump at the end of mononokes release phase when toggling the setting while the note is active
* With a left release of 1.2s there is no pitch jump

Why always not use an extra long release time ?
* If you change the release to 8.0s and then toggle
the settings and press the pad before the 8s are run of, you will hear a fast pitch glide as the tuning updates.