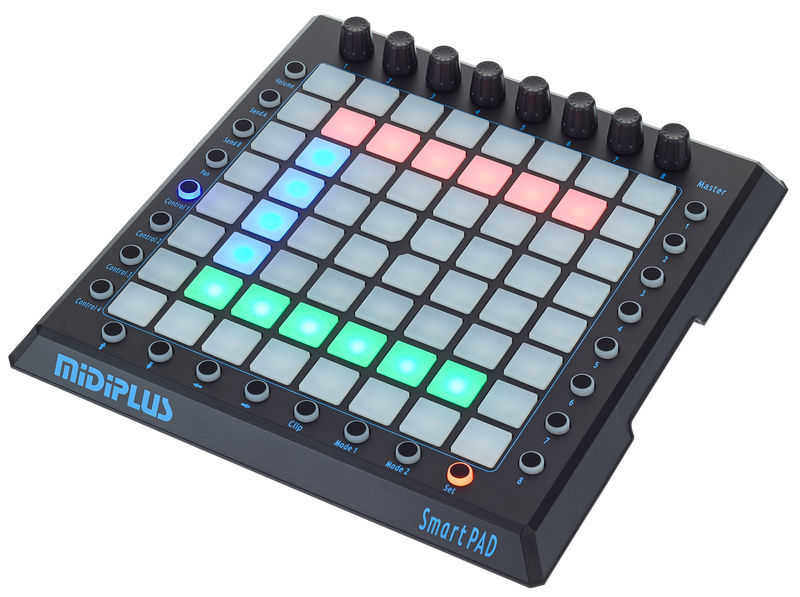 MIDIPlus SmartPADs are cheap MIDI controllers with 64 led-equipped, velocity-insensitive buttons, 8 continuous knobs and lots of other buttons. It’s kind of a knock-off of the Launchpad. Its instructions are in a kind of attempted English, and when you plug it in to use as a bunch of controls, many features are not available because they are only enabled when plugged into Ableton.

Until NOW that is.

If you use Mozaic to send this system exclusive message, those features will appear. It will enable the arrow buttons, which remap the 64 buttons to the full 128 note-ons and the eight knobs to 16. In short: it’s more useful.

One comments on “MIDIPlus SmartPAD Unlocker”