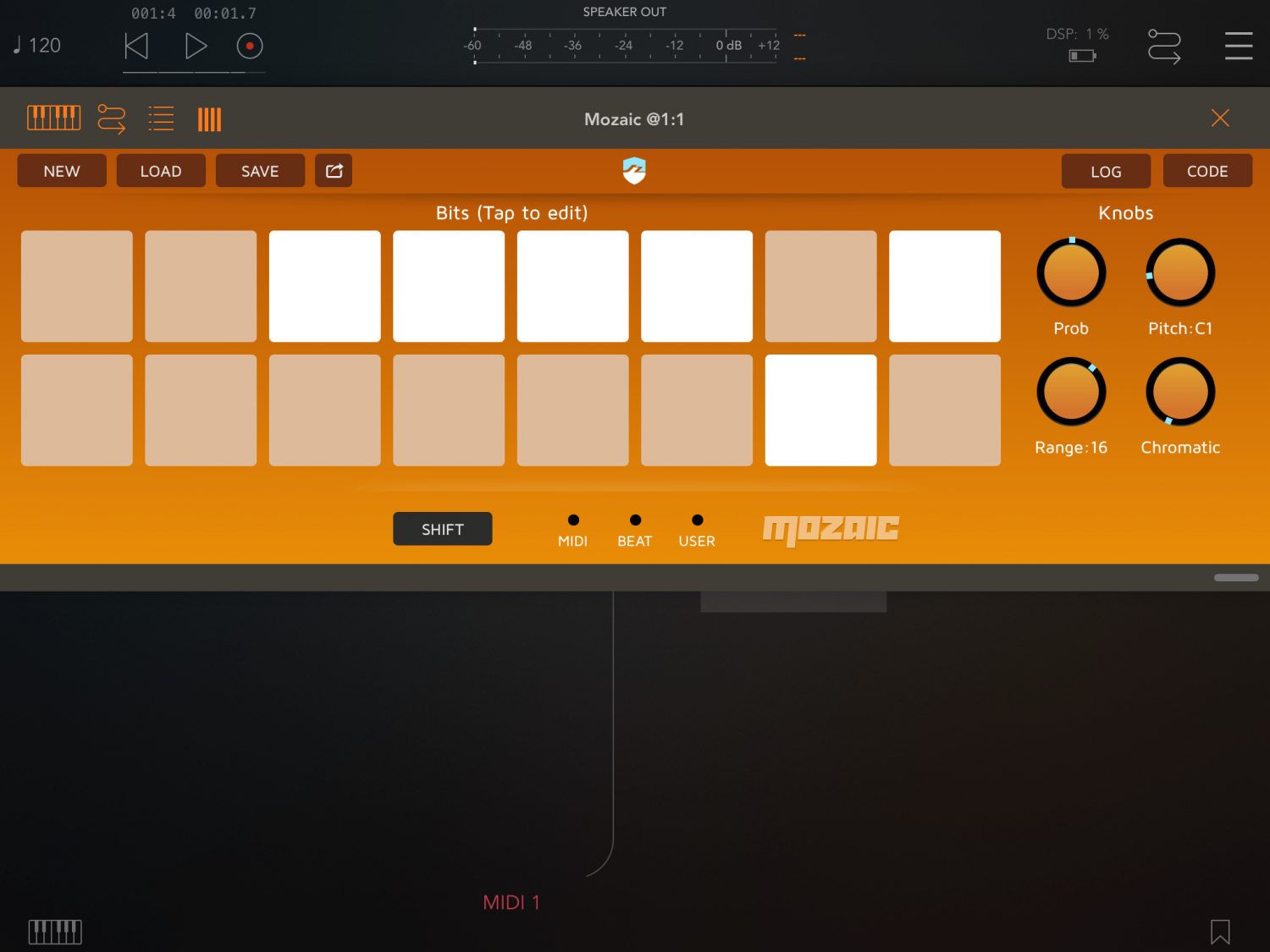 Generative music sequencer based on the popular Eurorack module by Tom Whitwell. Also inspired by the Encoder Audio Turing Machine for Max/MSP.

The Turing machine will emit a random but controllable sequence of MIDI notes.

Whenever a bit is set in a position that also has a gate marker set, a note is generated. The pitch of the note is based on the value of the sequencer bits, as well as the “Root”, “Range”, “Scale” parameters and MIDI input.

Effectively, the pitch is set by the following formula:

The length of the note is fixed based on the NoteLen parameter.

The UI is broken into two pages. You change UI pages by pressing “SHIFT”.

Knob 0 controls the likelihood the rightmost bit will be a random value (center), the previously leftmost value (counter-clockwise), or the inverse of the previously leftmost value (clockwise). Values between these knob positions allow the user to control the likelihood of repetition – set the knob slightly away from an extreme for a pattern that slowly evolves over time.

Knob 1 sets the root pitch. With no MIDI input, this is the “base pitch” for the note. This also sets the scale root.

Knob 2 sets the note range. This sets the pitch range for note generation. Negative values will generate notes below the root pitch.

Page 2:
Pads control which bits, when set, emit notes. If bit[position] is set and gate[position] is set, for any sequencer position, then a MIDI note will be generated on a given step.

Incoming MIDI notes will set a new base pitch (but not change the scale root), and set the output MIDI velocity.

You can chain Turing Machines – try feeding a 1/8th note machine with a 1 bar (or slower) machine to get melodies that also change root positions!

burns_audio
173 PM
Chat about this patch on Discord! Download (177)