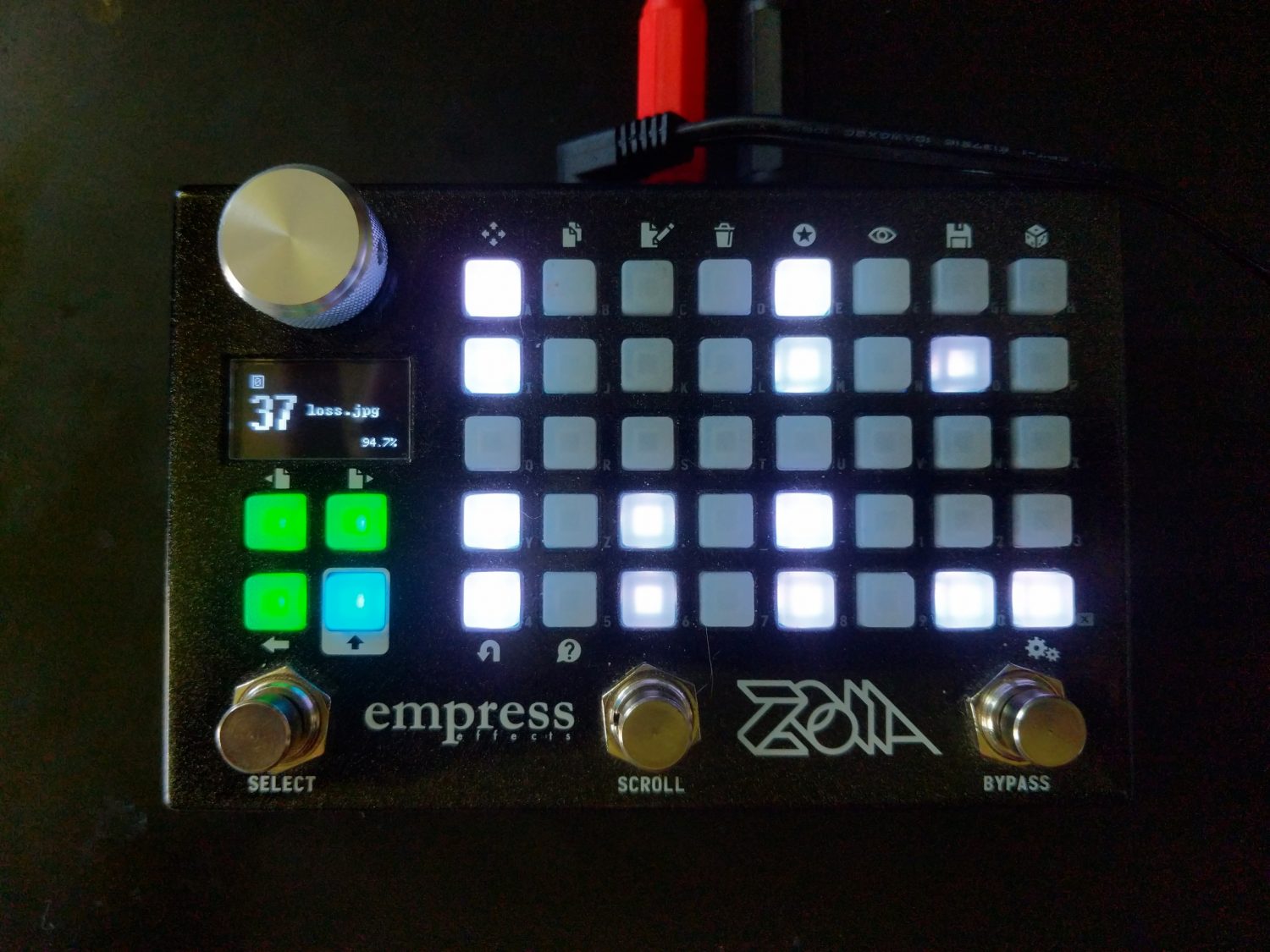 Is this the first meme ported to ZOIA?

loss.jpg is a stereo multi-stage, cascading reverb with stereo aliasing, delay, and modulation.

Your right footswitch bypasses the patch.

Your middle footswitch maxes out the reverb time of each of the three stages of reverb.

Your front page has a lot of controls.

And that’s how you make it sound good.

Page 0 and 1 are pretty self-explantory.

Page 2 is stage 1. Dual aliasers feed into a stereo reverb lite. Reverb lite gets fed into stage 2, but also the VCA for the stage 1 direct out.

Page 3 is stage 2. Same effects layout, with a delay line before, which introduces pre-delay between the stages.

Page 4 is stage 3. Same effects layout as stage 2, with a multiplier and LFO to introduce modulation to the delay line.

That’s all. It’s very straightforward as far as an effect goes, but it’s got a great sound and a great UI.

HopefulUtopian
264 PM
Chat about this patch on Discord! Download (323)