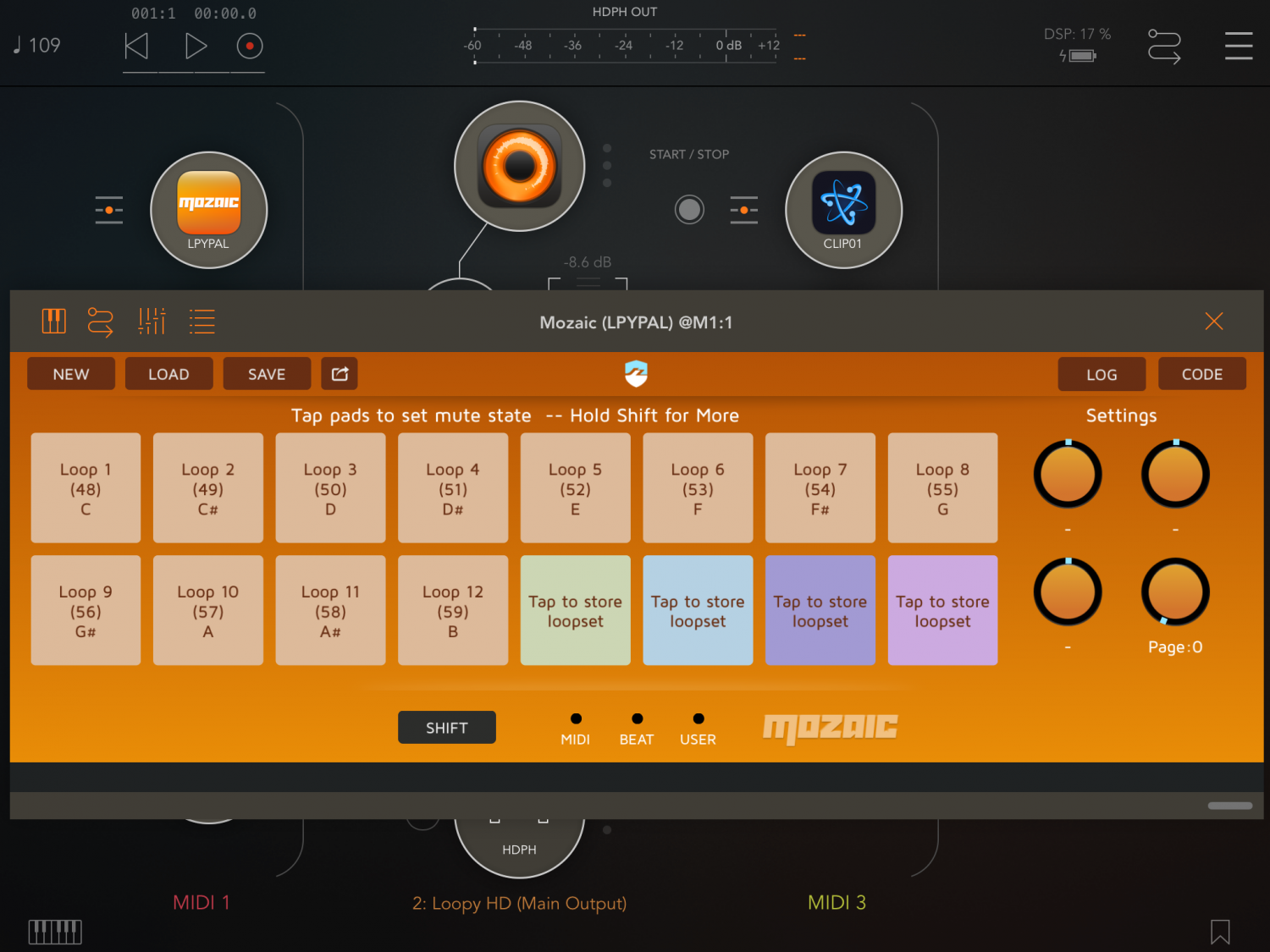 Loopy Pal is a Mozaic script for controlling Loopy from within a host application like AUM. It gives you control over the loop mute state, volume and pan and lets you create for loopsets (with mute/volume/pan settings) to switch between. It also provides access to a few other Loopy functions. You will need to set up MIDI bindings for the commands. I have included two helper scripts to make setting the bindings up easier.

This is a more advanced version of the Loopy Mute Control script posted in February.