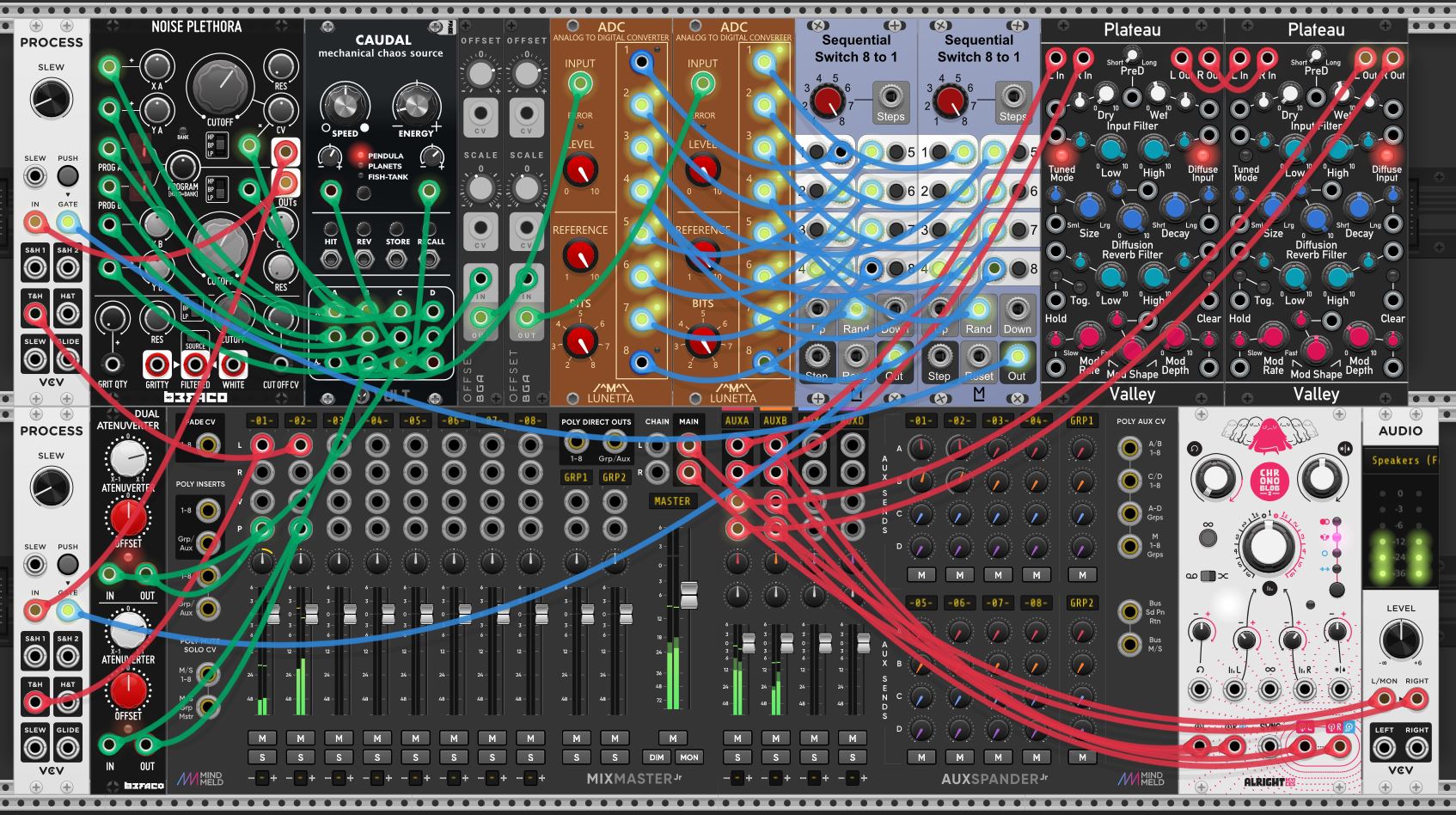 ‘Is this perhaps the noises of my Inner Demons?’

After watching Omri Cohen ‘s video about VCV’s Process, I’ve decided to give the module a go (probably using the wrong way though 😛). Caudal is used to modulate the Noise Plethora and also act as the input for the ADC modules (Offset modules are used to, well, offset, since the ADC only takes positive voltage). Outputs from the ADC act as a sort of random triggers/gates, an idea I picked up from one of Ian Mahanpour ‘s video.

I’m not sure if Ian has a Patchstorage account, so I’ll link his YT channel and aforementioned video instead.

wailing_raven
254 PM
Chat about this patch on Discord! Download (39)