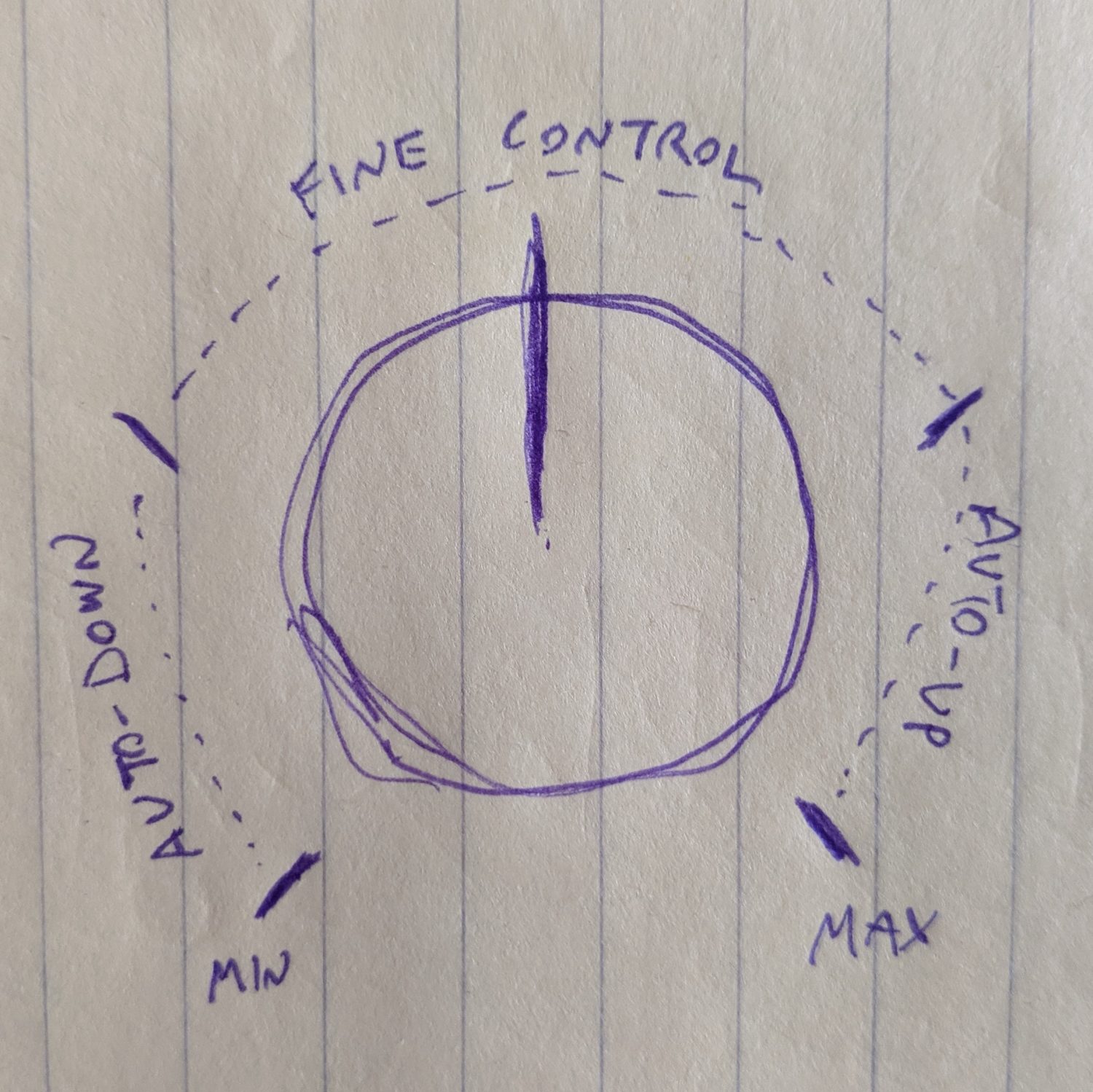 If you, like me, have been frustrated by the lack of fine-grained control afforded by the Organelle’s pots (or by MIDI controls in general for that matter), then you might be interested in this patch. It’s packaged up as a demo synth, which might be interesting to some, but the real point is that the use of Infiknob in the demo shows off how you can (say) control a frequency between 0.1 Hz and 20000 Hz in 0.1 Hz increments across the entire range.

The basic theory of (user) operation is that the center portion of the raw control lets you directly control the output one increment at a time, and the extremes are used to auto-increment and auto-decrement at a rate which varies with distance from the center. E.g., if you nudge just above the center range, the value will increment slowly, and as you move further towards the top of the range the rate of change increases.