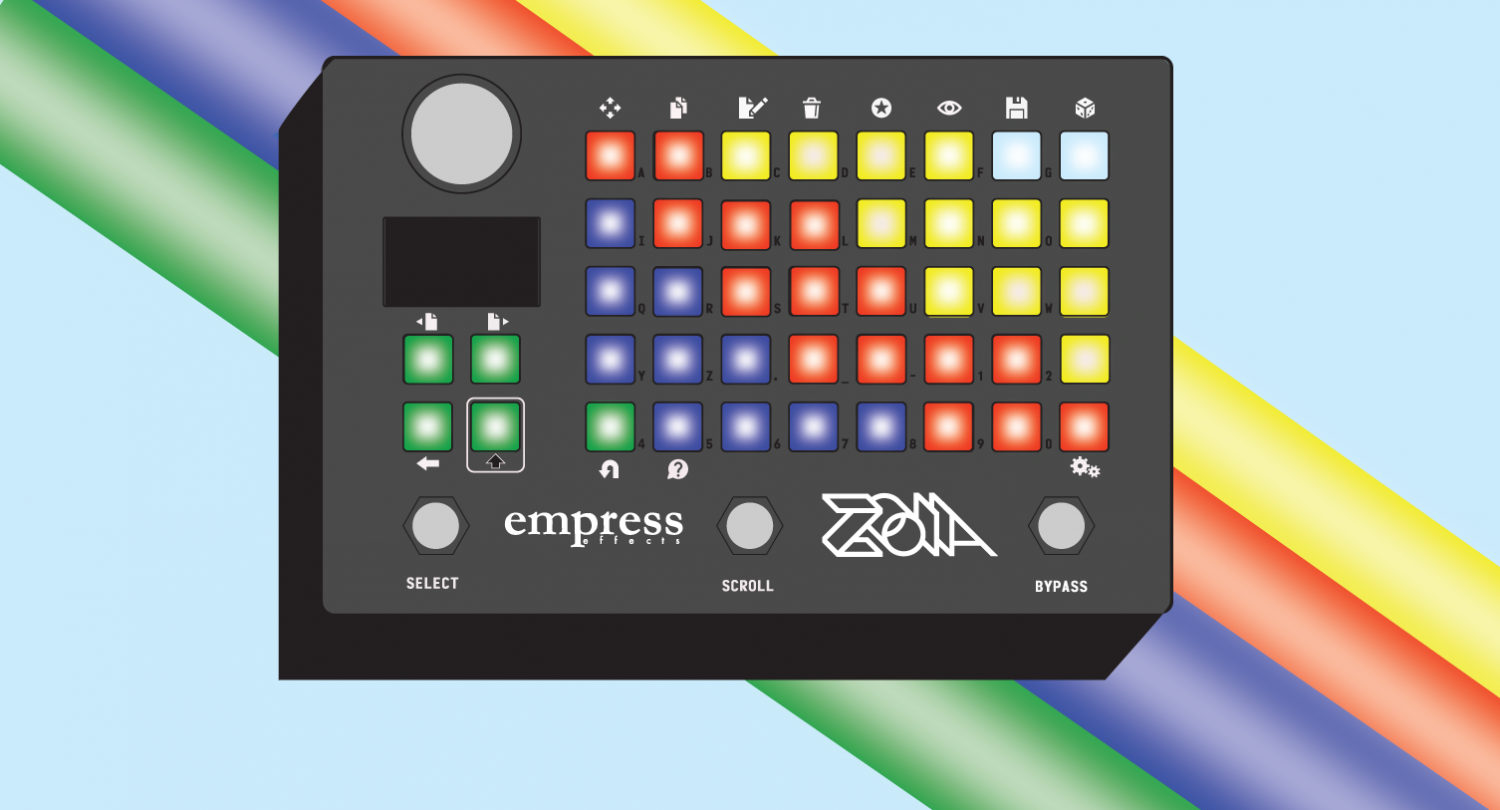 Since there is not currently polyphonic tracking on the ZOIA I made this hackey patch.
It still tracks in mono then triggers a chord based on the note you played. You have to change between major and minor chords with the left stomp switch. Could you create some crazy CV logic for this to change automatically? Probably? I was thinking it might be key specific and the stomp switch controls a sequencer to switch keys. I may try to do this at some point.

There is a slew limiter and a CV delay on the second page to have the chords swell in after the guitar, play with these to alter the attack + decay times.

It does major and minor chords, probably enough CPU for a 7th but then I would have to do something for the dominant 7th chords…..maybe later.

In my experience the ZOIA tracks best on my single coil telecaster with the tone knob all the way up.