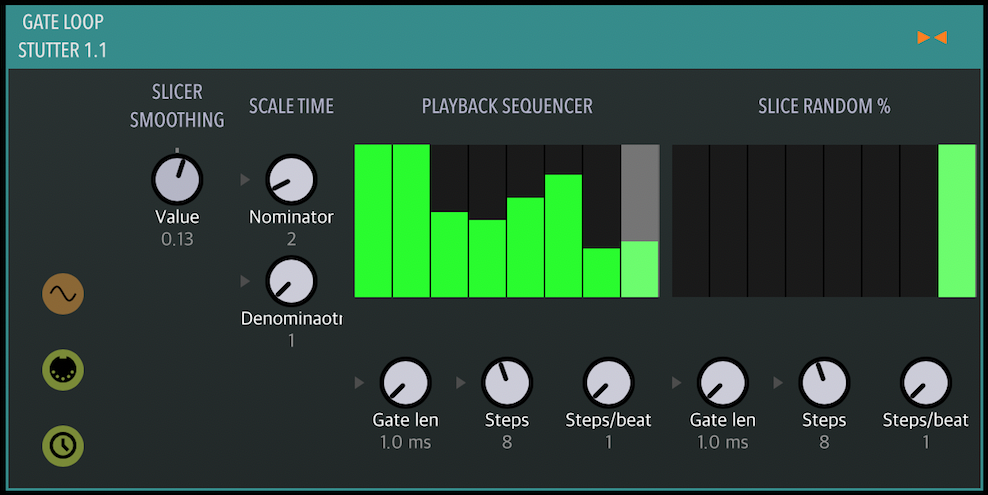 Slices up an audio source into 8 loops (1-step length) and sequences their playback.

Note that there are 10 possible “options” per step. Setting a step to the minimum value will disable playback, while setting it to the maximum will allow the original unlooped content to pass through. There is also a second sequencer that allows per step chance of randomly playing a different looped step instead.

I don’t really recommend tweaking the non-visible parameters unless you want things to break :P. The innards of the effect are kind of finicky but it was fun to write. Each “looper” is actually two separate delays, as using only one delay would not allow playback at the same time as sampling. The effect switches between the two delays every 8 steps.

1.1a – Now using grids on the playback sequencer
1.1 – Readded slice smoothing knob, other fixes for clickiness. FX fades when stopped.

quartzite
538 PM
Chat about this patch on Discord! Download (154)