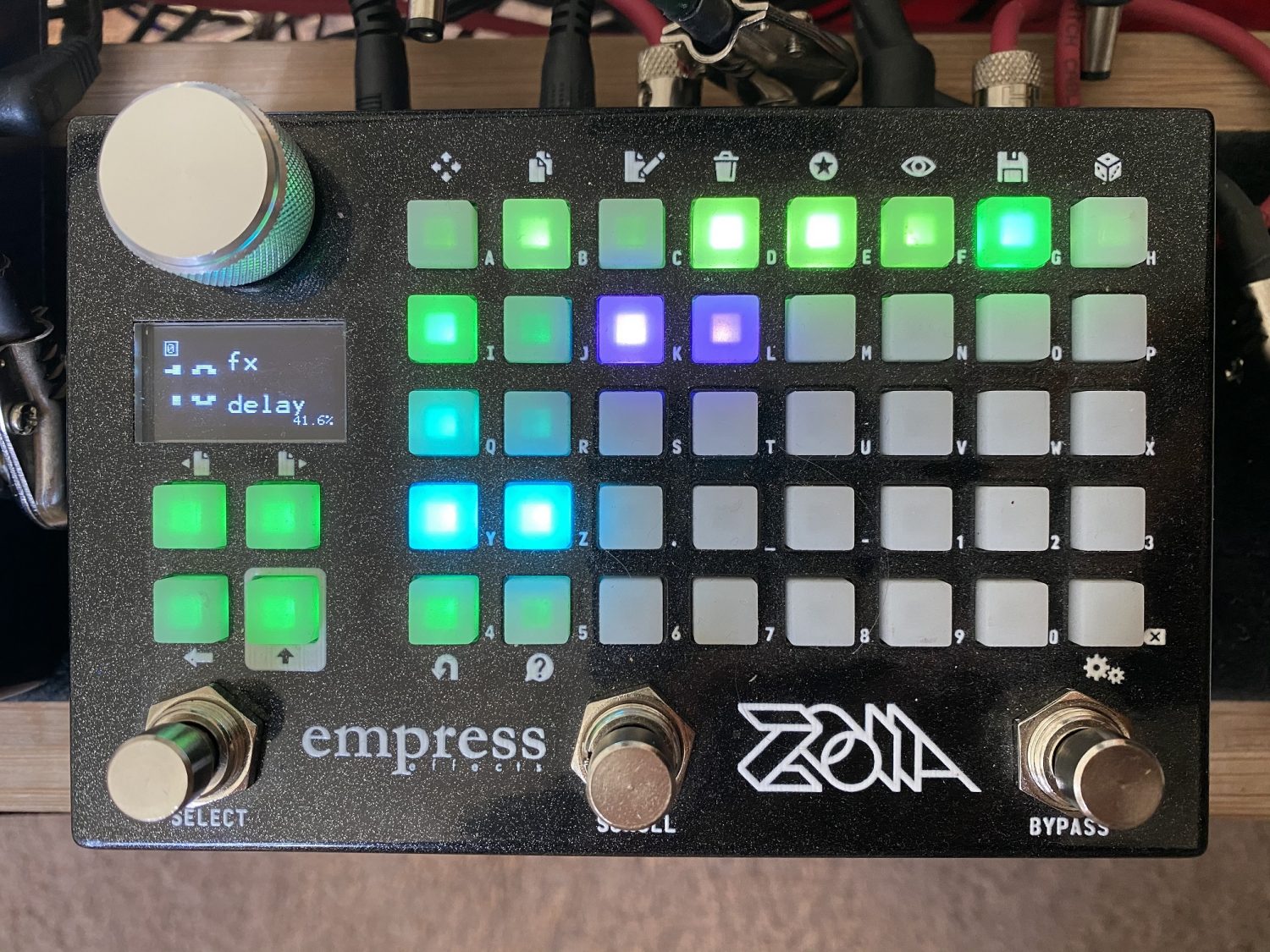 This patch utilizes Zoia’s stereo ins/outs as an effects loop instead of for stereo operation.

It’s a fairly simple patch that allows you to insert an external effect in a delay (tap tempo 1:1 ration on the left stompswitch) that then feeds back on itself after the external effect. The linked demo is with Earthquaker Afterneath in the loop. There is also a MIDI clock out for syncing another time based effect, if for example you want to use another delay in the loop. (I have tested it with Thermae as well)

Also running in this patch is a pitch-shifted granular into a reverb lite which creates a shimmery background pad.

I have the FX loop feedback set pretty low in the patch, because as expected it is EXTREMELY sensitive to the settings on your external effect. It will absolutely self-oscillate and I thought it would be better for you to roll it up to where it works for whatever you are using in the loop rather than plug it in and be met with immediate chaos.

A few notes on controls:

Page one top row: Granular module controls. I thought it would be nice to have direct access to these parameters. The “F” button is speed/pitch of the granular, which is probably what you will want to play with first.

I would love to hear any thoughts or suggestions, fellow Zoians!

Caleb
72 PM
Chat about this patch on Discord! Download (90)