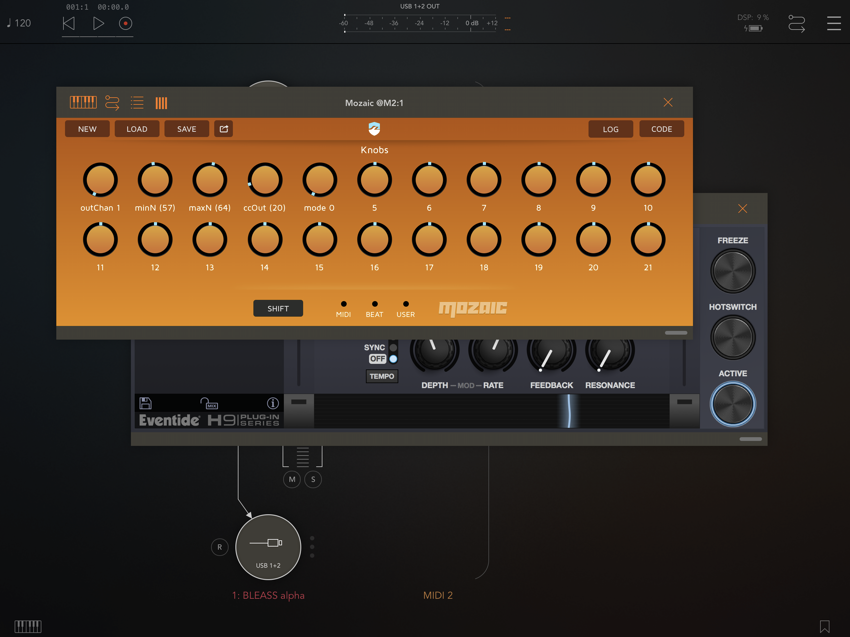 „I would like a script if possible to change the position of the slider in the Eventide apps by key played on a midi keyboard. I would like to be able to choose to split the slider by a variable of one, two, three etc octaves. Maybe also a knob choosing which octave any division begins with.“

This Script:
– MIDI-map your keyboard to MOZAIC and your Synth
– In AUM „MIDI CTRL“ map the Ribbon of your Plugin to the Channel/CC you enter with the Knobs (Default is channel 1, CC20)

The Ribbon „Length“ gets evenly divided between the Start- and End-Notes you define with the Knobs that are labeled „minN“ and „maxN“. These are the „minimum Note“ (lowest Note) and the „maximum Note“ (highest Note) where the Ribbon reacts to.

mrblaschke
139 PM
Chat about this patch on Discord! Download (30)