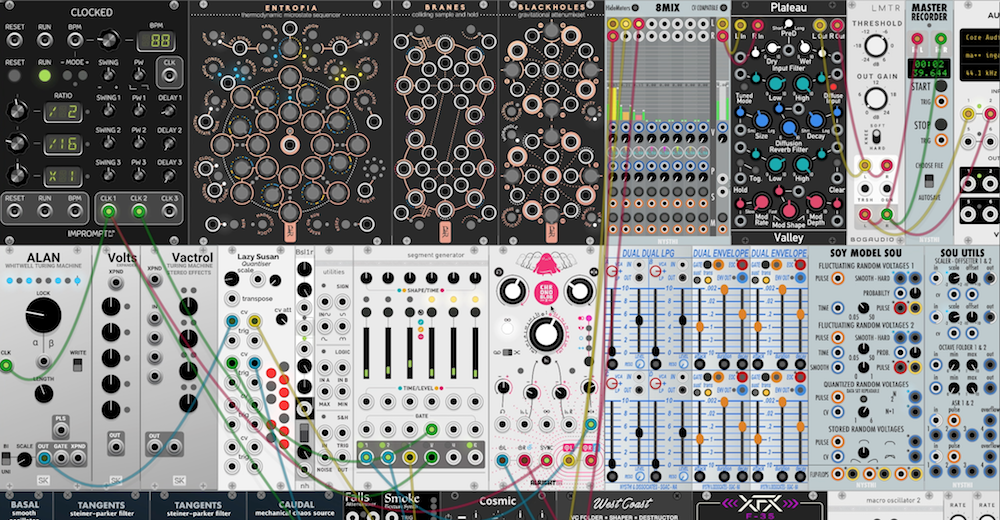 My second entry to VCP-32

I finally got some quality time with the marvellous Chronoblob2 delay from Alright Devices, and it’s a beauty!

In this patch I have Macro Oscillator 2, in Two operator FM mode, playing the picked strings on top through the Chronoblob2, and the Cosmic oscillator playing the bass.

The Chronoblob2 is frozen, playing an endless delay loop of picked strings, with the live voice from Macro Oscillator 2 playing on top of it.

Note: When you open the patch it will not sound the same as the recording, since the delay loop is not saved.

I debated whether I should enter this patch to the contest at all, since it’s such a simple patch, but I figured – hey, if I like it someone out there probably will as well, right?

yinyang
313 PM
Chat about this patch on Discord! Download (96)

One comments on “Eternal Chronoblobs [VCP-32]”