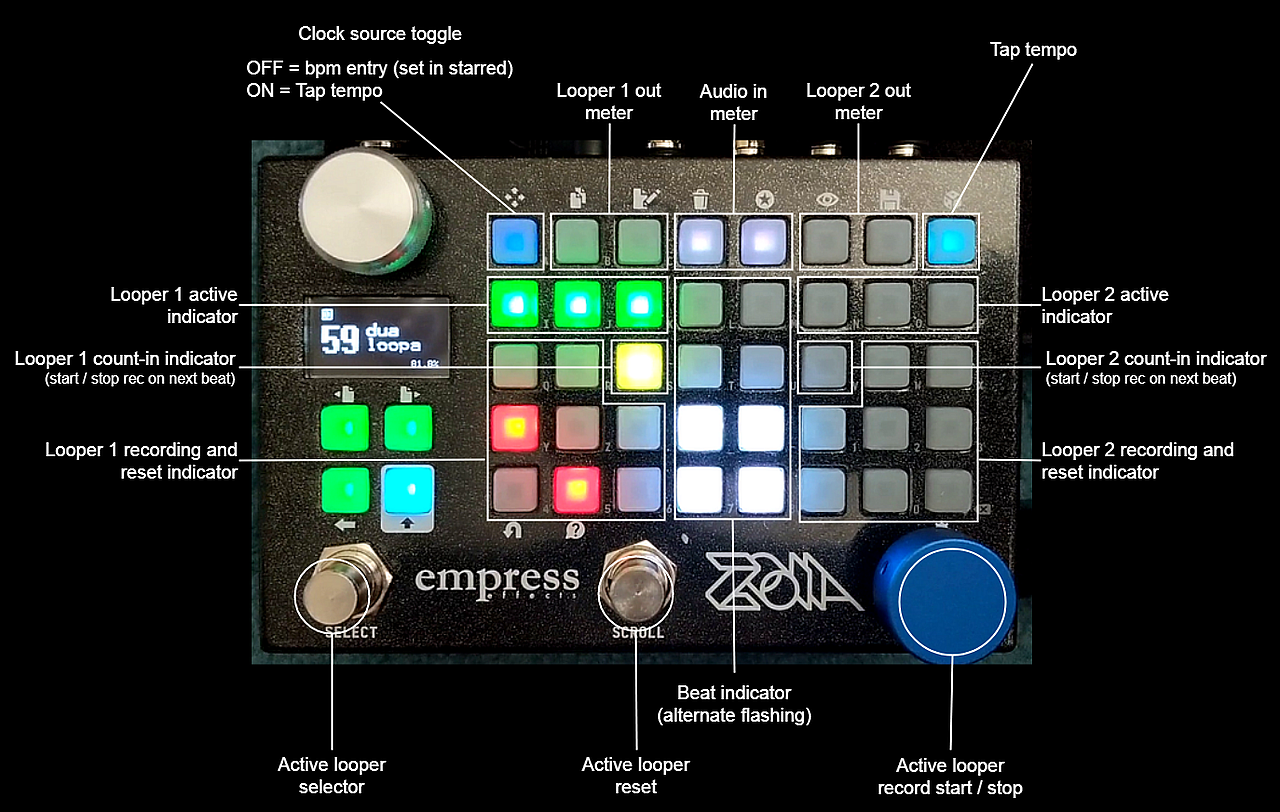 Note that while the loopers have overdub enabled, I have made it so (in a hacky way) that the looper skips overdub mode after recording a new loop; instead it goes to playback right after recording.

Tap tempo is also accessible by connecting an external footswitch.

Starred function:
Set the bpm (only applies to bpm entry mode, not in tap tempo)

Hidden function:
On page 1 (2nd page), the green top right button restarts the clock. Handy for nudging the clock to sync with the rest of the band.

Quirks:
The loopers can only record up to 16 seconds. If you go over this, the record indicator lights won’t be synced with the looper’s state anymore. Stopping the recording will bring it back to state.

Additional notes:
I took great pains trying to sync the loopers’ record light state with the UI’s record indicator lights’ state. I also had to add some automation so that the looper goes into playback mode right after a new recording, skipping overdub mode. Hopefully a future release will have the option to choose between the two modes, which will greatly simplify the design of this patch.

pirxthepilot
107 PM
Chat about this patch on Discord! Download (217)