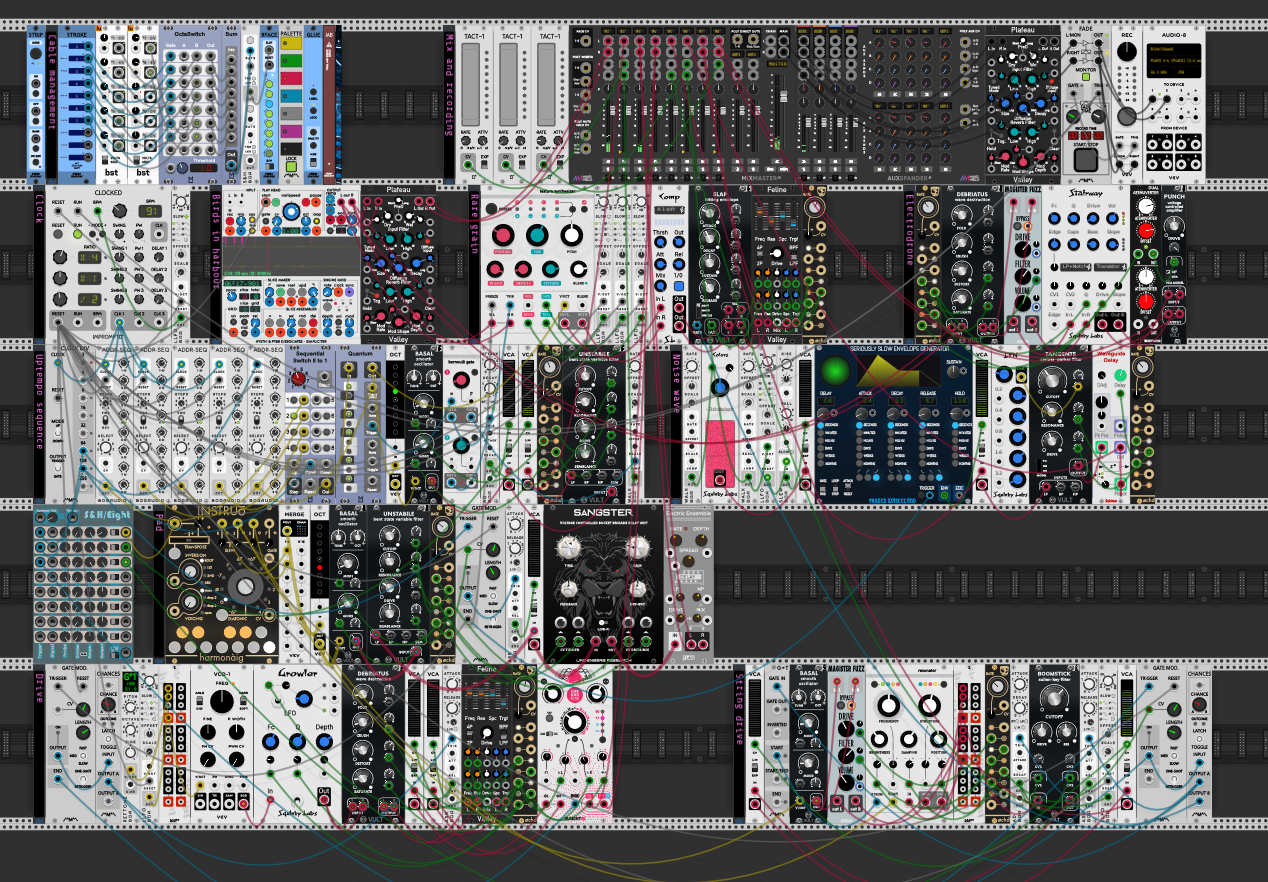 A warped recording of a harbor with plenty of seabirds punctuated by metallic and industrial slow sweeping drones, a single up tempo voice weaves in and out of the cries of seagulls.

An ambient, quite generative piece without percussion entirely made in VCV Rack with all free modules.

Except for the sound of the harbor and the seagulls. I obtained that from the BBC Sounds Effects archive (https://sound-effects.bbcrewind.co.uk/), which makes this video and the patch in patch storage effectively non-commercial.

I think. The sound recording is pretty warped due to effects being applied. I can’t even remember which sound effect it is exactly. It is also used, even more warped, in two of the voices as feed of audio rate data. The licensing terms are somewhat peculiar.

Video is again an audio reactive patch in touch designer. It reacts to the audio recording of the patch.

GretchenV
226 PM
Chat about this patch on Discord! Download (74)