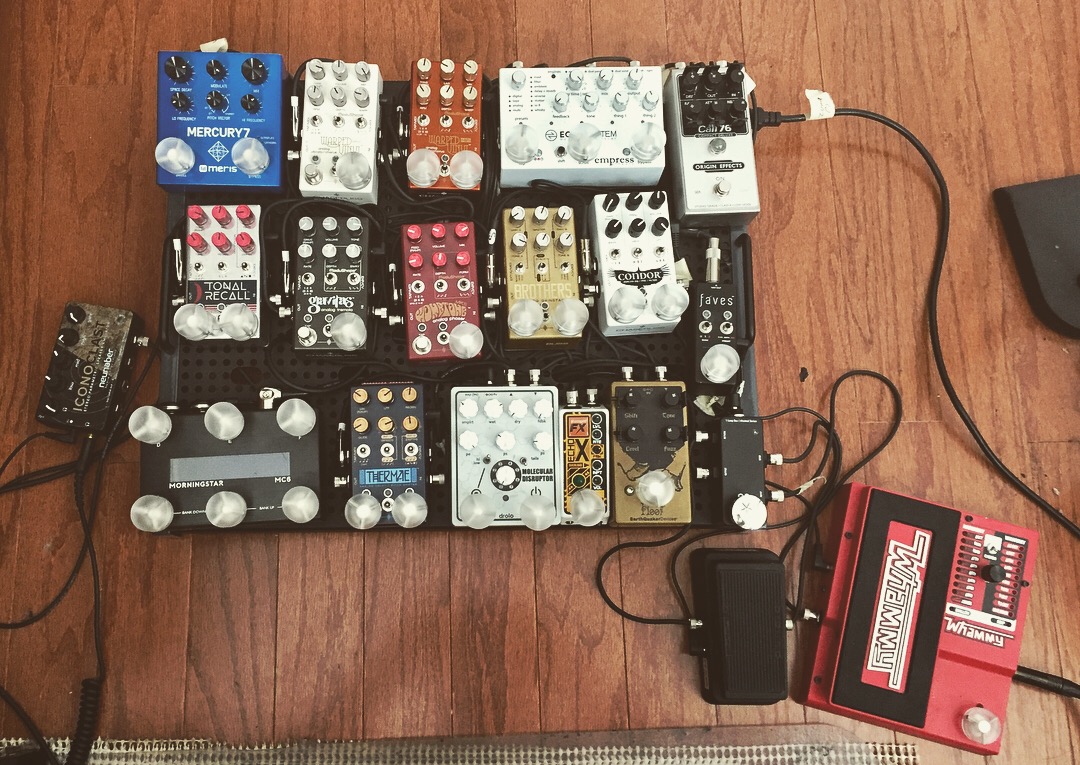 There’s a couple of push buttons that I’ve added where you can customize the speed of your loop. You can record direct and have it play back at double/half speed etc, or whatever interval you’d like. The push buttons you have to experiment with the connection strength to get specific intervals. The buttons are basically the least fleshed out. The bottom left button resets and clears out the loop. Easier to use this patch without shoes on. lol There’s a push button on the right that shifts the speed up to 150% which I really like as an effect, hence why I put it separately.

mjamesmh
314 PM
Chat about this patch on Discord! Download (118)