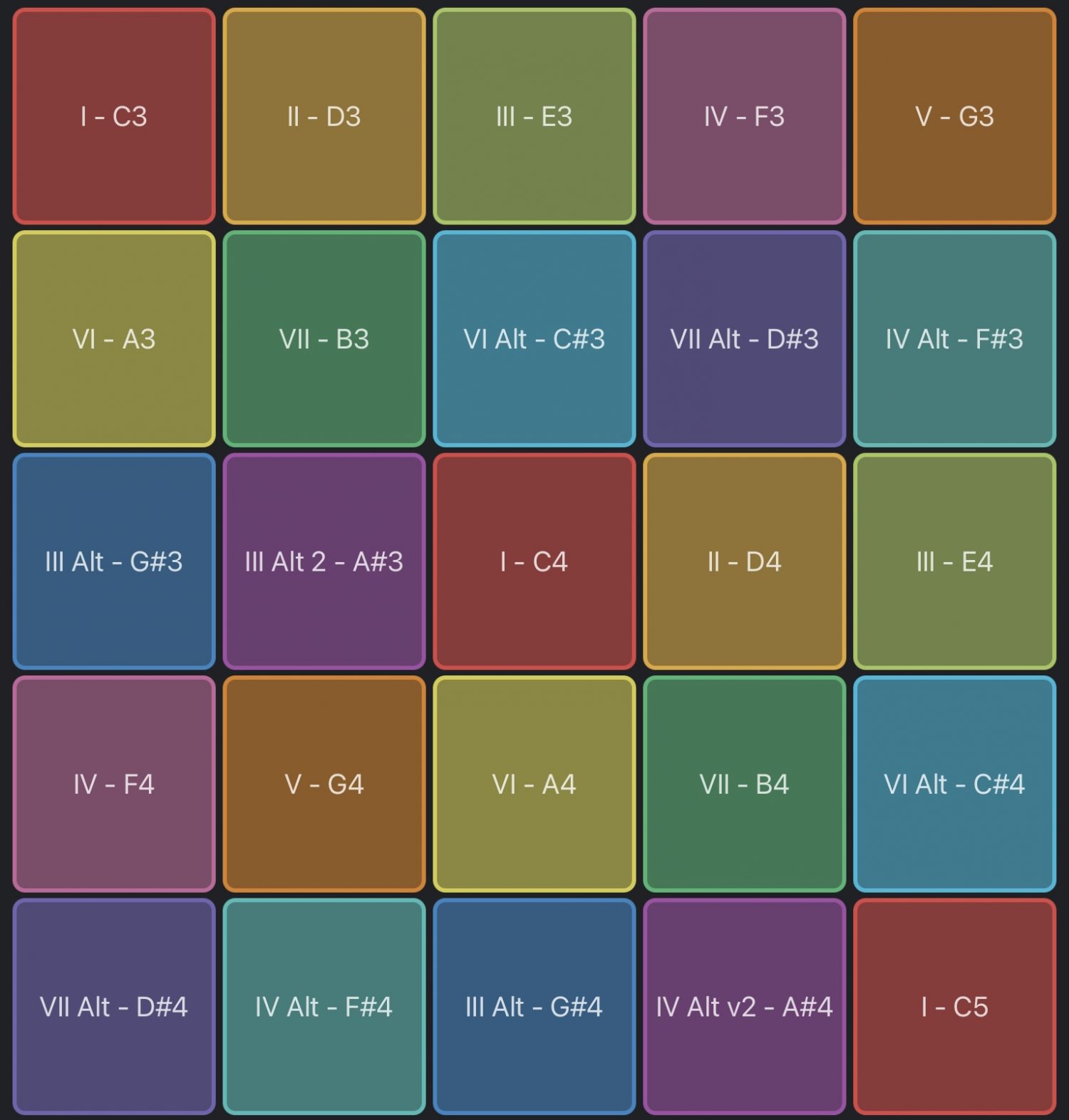 An attempt to make sense of the way Audio Modern set up Chordjam to be played using midi in. I used Roman Numerals to show what notes, play what chords. Whatever scale you chose inside Chordjam the chords in that key seem to play like this; (at least for the 7 note scales) All of the white keys play the main chords in the chosen scale. I displayed as Roman Numerals I-VII.

The pads are out of typical semitone order since I grouped together the main chords of the scale (I-VII) and the added the sharps/flats after that. Hopefully this makes sense, and someone will find it useful.

poppadocrock
415 PM
Chat about this patch on Discord! Download (175)