Chaotic Attractor pack – faithful recreations of 3 dynamical systems to use as LFOs, sound generators, or as is 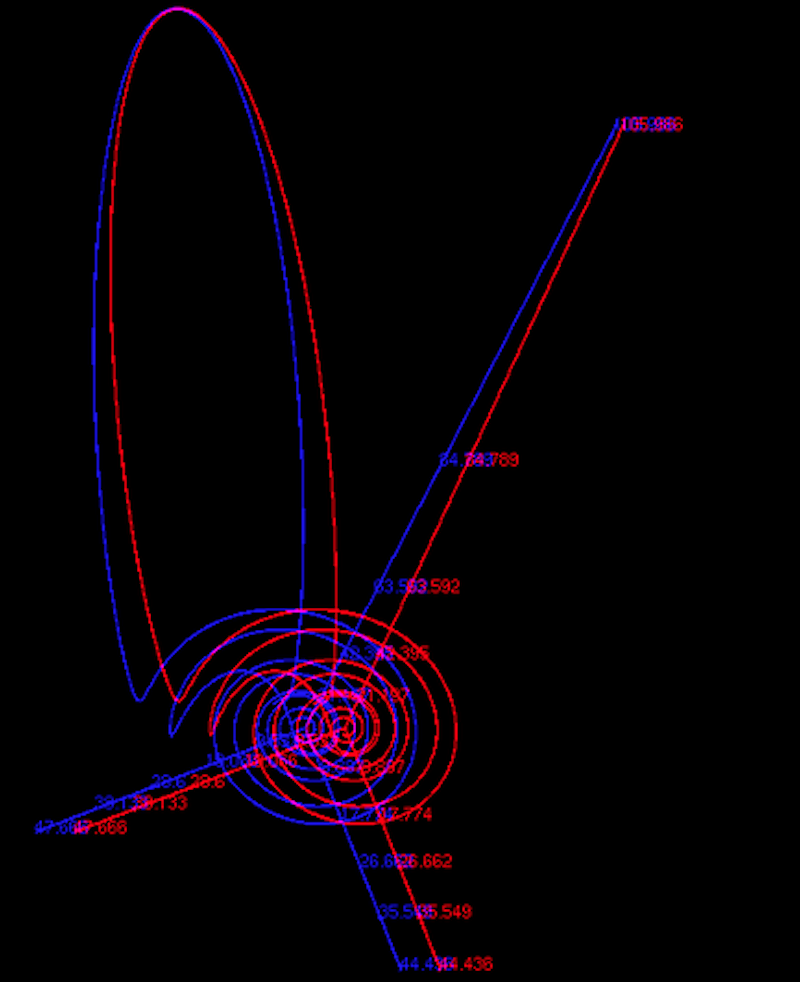 Inspired by numerous courses on chaos theory (and chmjacques discussing it with me at-length), I present a few different chaotic attractors which can be used as unique LFOs, sound generators, or as-is (being LFOs feeding into a granular module).

The math is directly sourced from the coupled differential equations of three common chaotic systems: Lorenz system, Rossler attractor, and Van der Pol oscillator. Luckily, ZOIA makes it very easy to translate math into “CV math” using the basic set of operations. Add in some initial conditions for the parameters, a time-keeper to project the xyz coordinates, and viola.. you’ve got yourself a chaotic LFO!

All three patches share an identical framework and are stereo throughout: In > Granular > Out, with mix control, flexi-switch freeze, and a control page for the parameters and LFO. The differences come in the math and number of parameters.

page 2 (audio)
in, granular, out, balance

Patch 1: Van der Pol (https://en.wikipedia.org/wiki/Van_der_Pol_oscillator) is a two-dimensional chaotic oscillator. It has applications in electrical engineering, physics, and biology. There is a single parameter (micro).

Patch 2: Lorenz (https://en.wikipedia.org/wiki/Lorenz_system) is a three-dimensional chaotic system and is perhaps the most well-known, since it resembles the wings of a butterfly. It has applications in convection, chemical reactions, and electrical circuits. There are three parameters (sigma, rho, beta).

Patch 3: Rossler (https://en.wikipedia.org/wiki/R%C3%B6ssler_attractor) is a three-dimensional chaotic attractor. It is similar to Lorenz, albeit simpler, and shares many of the same applications. There are three parameters (a, b, c).

meanmedianmoge
980 PM
Chat about this patch on Discord! Download (722)

3 comments on “Chaotic Attractor pack – faithful recreations of 3 dynamical systems to use as LFOs, sound generators, or as is”