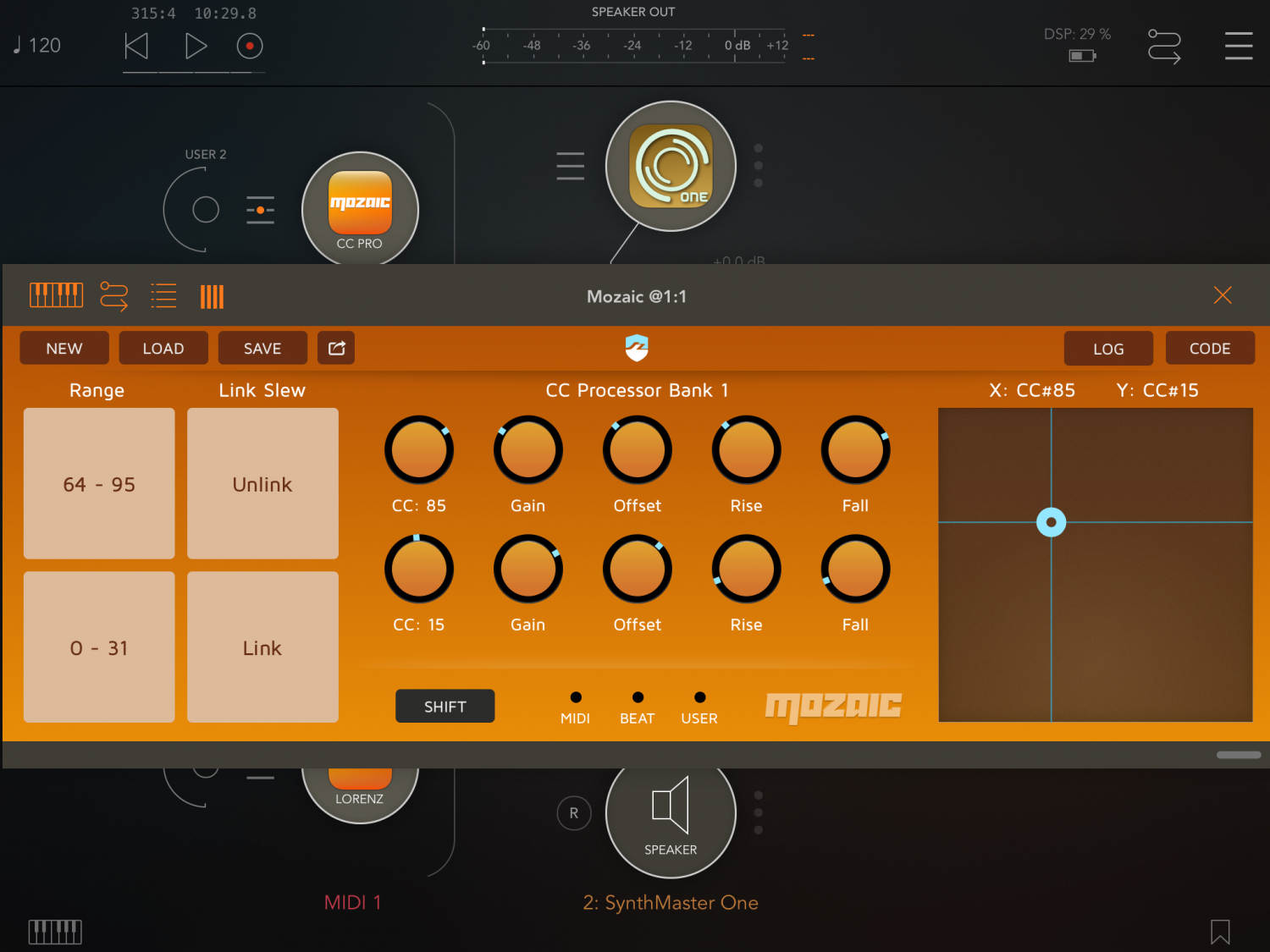 This script provides four independent CC processors, each with control over CC level and ballistics in the style of West Coast control voltage processors made by Buchla, Serge, and others.

The SHIFT key switches between banks, where each bank has controls for two CCs.

Set the CC to be controlled using the CC knob on the left side of the plugin.

The RANGE pads on the far left side set the range of the CC knobs to make dialing in specific CCs easier.

The GAIN knob is an attenuverter; at 12:00 o’clock no CC will pass (I.e., full attenuation); fully clockwise the CC will pass at full value with no attenuation and in between, various levels of attenuation are available. Turning counter-clockwise from noon inverts the CC, also with variable attenuation.

The OFFSET knobs add a static offset to the CC level. This control may also be used as a manual CC control.

RISE and FALL set the rise and fall time of the slew limiter. A slew limiter controls how fast a signal can change. Set fully counter-clockwise, CCs can change rapidly, but as the dials are turned clockwise only slow movements will pass through while rapid changes are blocked.

The LINK SLEW pads control whether the RISE and FALL knobs are linked or can be adjusted independently.

The XY PAD displays the output levels for the two CC being controlled on the current bank.

This script is extensible; if you need to control more than the default four CCs, you can easily add as many banks as you wish by modifying the variable “numBanks” in the code. You will find this variable a few lines down from the top of the code.