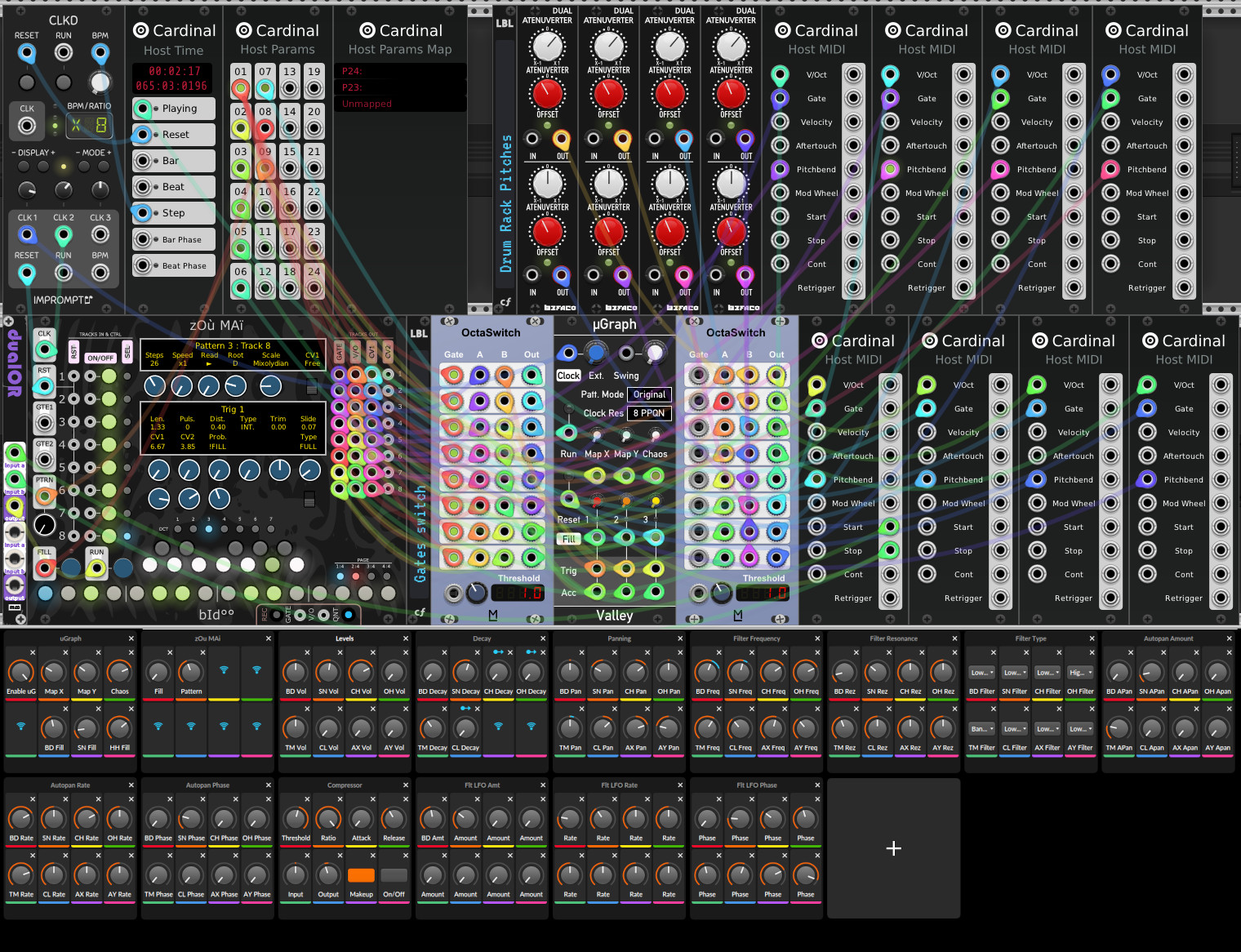 This is a sequel to the other Cardinal Drums for Bitwig Studio preset I made.

This one has Cardinal only generating MIDI (Cardinal makes no audio here) all the drum sounds are generated by the Bitwig Studio E-Kick E-Snare etc devices.

These patches are about 50/50 Cardinal and Bitwig Studio, so I don’t feel this should be categorized in the Cardinal category, so they live in Other for now.

Switch between uGraph and zOu MAi sequencers on the fly.

zOu MAi is a programmable sequencer based on the Elektron Digitakt (and others). The pitch is always used whether uGraph or zOu MAi is selected. The gates are switchable between uGraph or ZOu MAi.

Known bugs:
* zOu MAi will not properly save the programmed sequences in your DAW. It may be a Cardinal specific issue, I’m not sure. For now, treat all patterns as ephemeral! Bounce tracks to audio if you want to keep cool patterns you make with zOu MAi. (uGraph is unaffected by this bug)

enigmacurry
44 PM
Chat about this patch on Discord! Download (5)