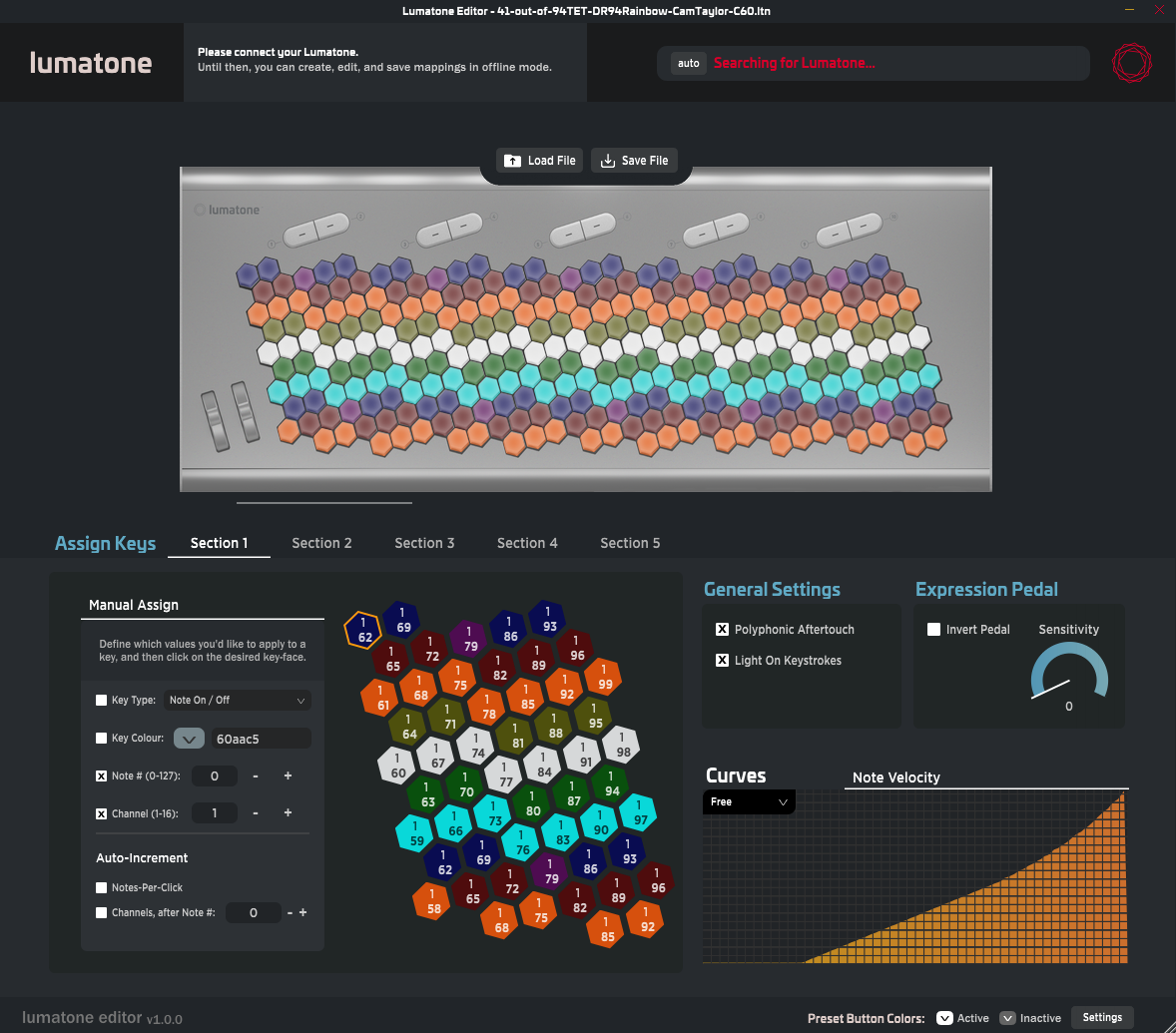 These are some of the many custom mappings I have saved and played around with on the Lumatone. These ones are all mapped with naturals from C2-B7 along the central row starting from the third (middle) rank, where I made the default mappings for the Lumatone.

The mappings in this library all use the “DR94” colour system I’ve laid out in Facebook posts and YouTube videos since May 2021. 7 colours in light and dark, laid out in (reverse) rainbow order, with white “naturals” and black “semi-tone” accidentals splitting the rainbow into cooler colours for lower pitches and warmer colours for higher pitches. Colours are mapped from the closest pitch of 94-equal, one of the most accurate and consistent high-limit equal tunings under 300.

I have also uploaded my much smaller library of DR94 mappings starting from A in a separate “patch”.

iamcamtaylor
24 PM
Chat about this patch on Discord! Download (12)