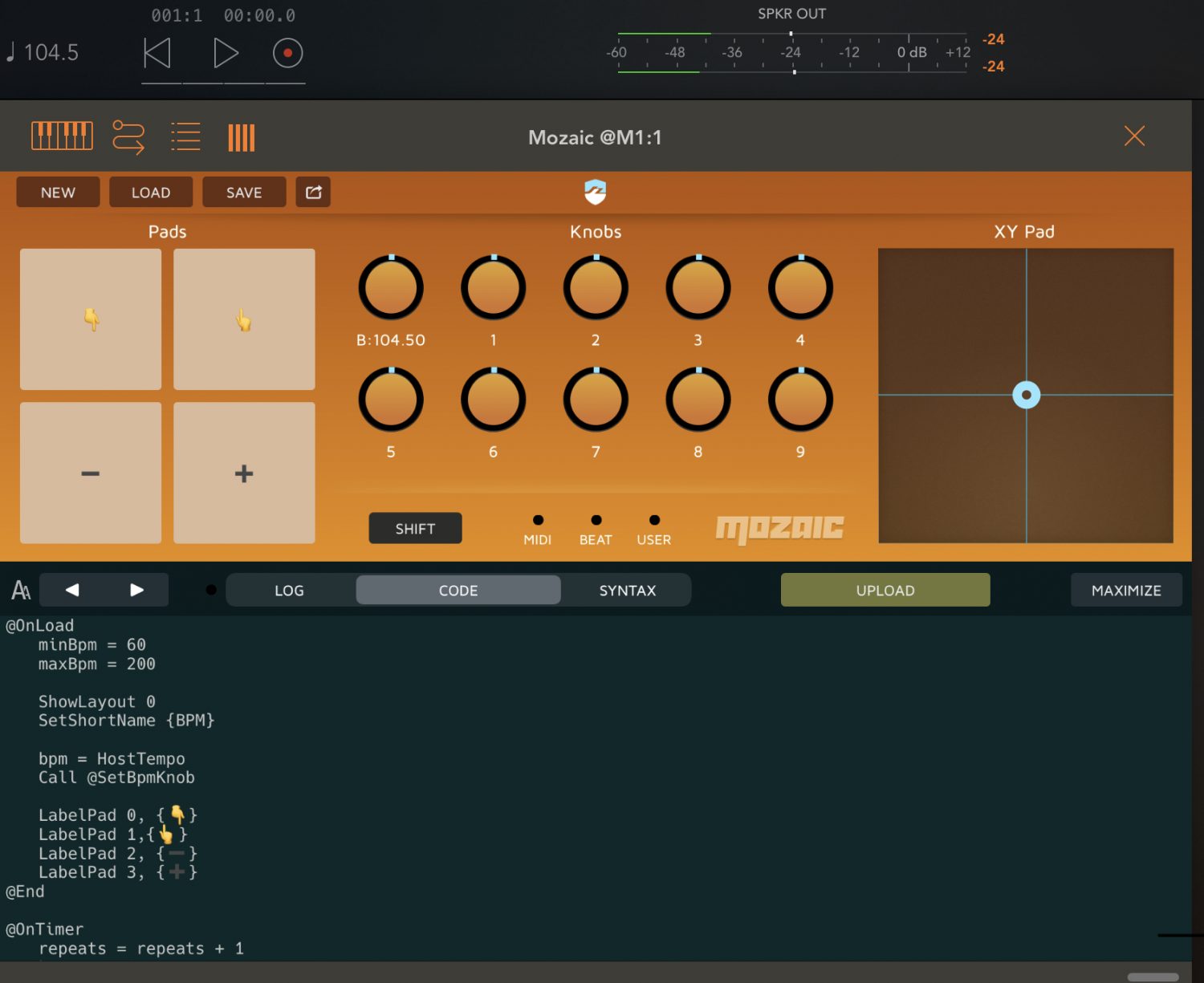 Allows you to change host BPM from within Mozaic, making use of sending the “tap tempo” message. Useful for e.g. mapping BPM change on a MIDI controller, or to trigger a specific tempo when changing a scene, etc…
The script is not polished yet, but does the job.

Usage:
MIDI map tap tempo to note 99 (you can easily change the note number in the script if you wish)
Be sure host is receiving MIDI from Mozaic with this sciprt loaded!
E.g. in AUM, open the MIDI connections matrix and ensure this Mozaic instance is pointing arrow to “MIDI control (built-in)”.

Keep in mind the limitation of tap tempo: It needs one bar to reach the chosen BPM, so the change is not instant.

Known bug: Fast changes temporarily change BPM to some wild value, e.g. slowing down a song to a half tempo for a moment. Ideally avoid such changes.

Extra feature: “tempo bend” – temporarily slow down / speed up tempo by 10%. This is common feature on DJ consoles, used to match the beat e.g. with external source that is not in sync. It’s also not instant, so a bit tricky to master, but still usable.

Tested only in AUM, please let me know in the comments if you managed to use it with other hosts.

skrat
174 PM
Chat about this patch on Discord! Download (59)

One comments on “BPM changer”