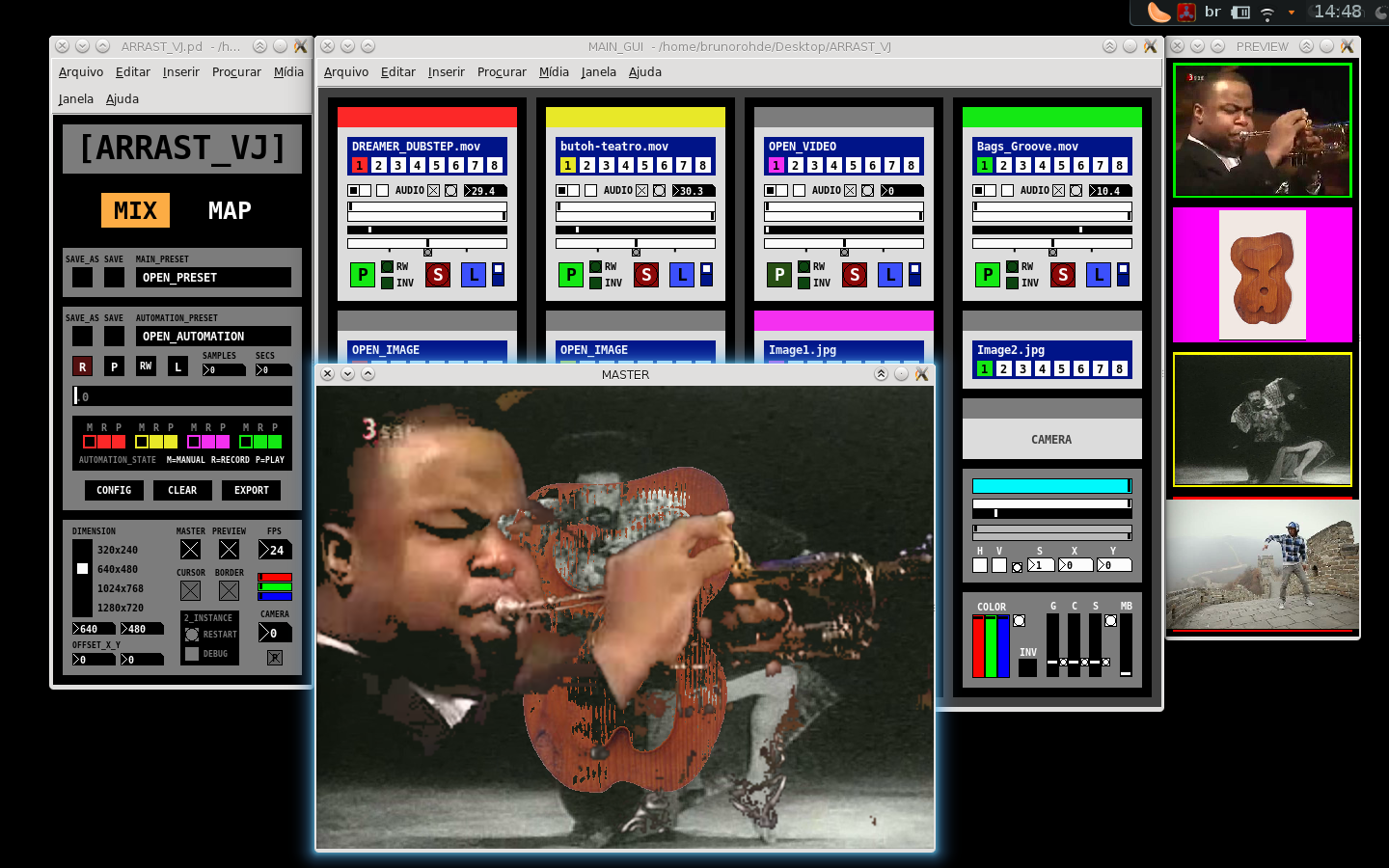 [ARRAST_VJ] is a tool for live video mixing and mapping (with audio) developed with Pd Vanilla + GEM.

[ARRAST_VJ] was developed in the Linux operating system, in which all features work. Mac OS computers running GEM also run the full version.

Finally we have completed the translation of the manual and patch comments into English. The patch was released in Brazil in 2017 with documentation in Portuguese.