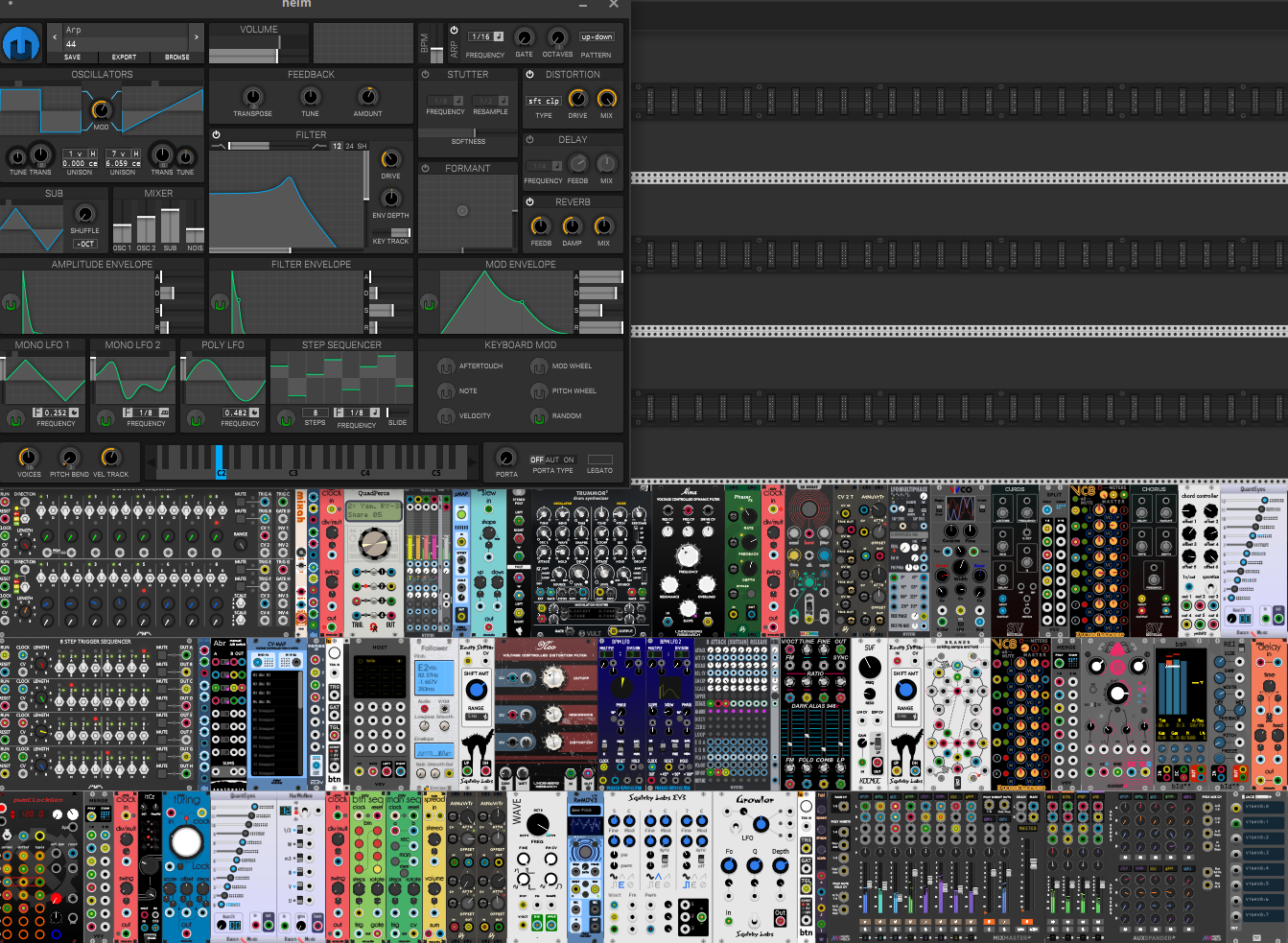 In Edition 44 of the Very Cool Patch Challenge, you should either use VCV’s paid Host or Host FX module, and integrate with this a VST plugin or you could use the polyphonic Turing Machine from stocaudio. Of course I did both and also used all stocaudio modules. The difficulty with hosting was that I now work completely in Linux and I would have liked to integrate Windows plugins via Carla, but unfortunately Carla only caused system crashes. That’s why I used the Synthesizer Helm, which is available on all platforms to create an arp bassline. For the melody, I wanted something like a theremine. For this I have used a module, which is not yet officially available and I do not know what it will be called. So far, it is just called Wave and is by Erik Modules or something like that.

the1andonlydrno
551 PM
Chat about this patch on Discord! Download (51)