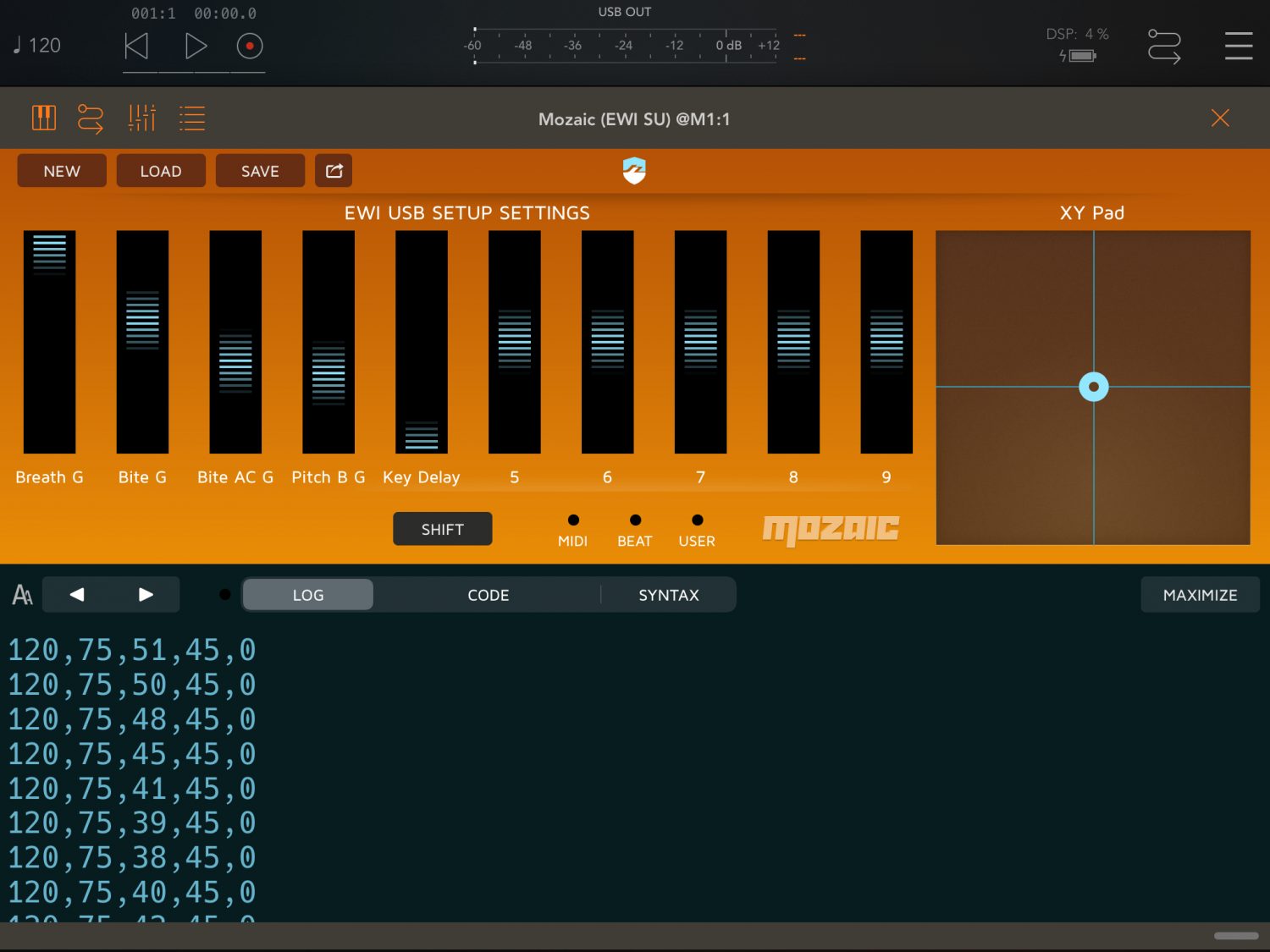 YOU NEED #1 and #2 to do the FULL setup. The AKAI EWI-USB has the Aria/Garritan/Akai software for Mac and Windows to setup the instrument, and alternatively there is the Cognitone Akai EWI USB Control app ( which to my taste is much better ). Then there are some other attempts to develop apps which work with a webbrowser or with Java ( EWItool ) and an EWI Configuration app which works with Pure Data in OSX , Windows and Linux. I am not sure if there is anything else, but so far that is as much as I was able to find. In any case , none of them work with an iPad ( or at least I never found a way of using them ). This is a severe limitation because as far as I know , when you configure the EWI USB on the PC or Mac, and you unplug it to connect it to the iPad it looses all the settings, and if you need to adjust to your needs, you have to make a Network connection from the PC/Mac and adjust from there…….Not very convenient particularly if you are not at home.
Initially I started by saving the Sysex files with the settings on the PC/Mac and then transferring over to the iPad and from there ,using Mosaic to send the Sysex to the EWI.

Now I went one step further and with my extremely poor coding knowledge I managed to develop two scripts which allow me to configure the EWI directly from the iPad. I need to use two because that is the way the Akai EWI sysex messages are designed ( don’t understand why…….but that is the way it is ). So basically if you want to use them you need to download the two of them ( EWI Setup and EWI Performance& Control ) and use two instances of Mosaic in the Midi Channel of AUM and route them both simultaneously to the EWI.

There are quite a few remarks scattered along the Code where I thought an explanation/instruction would be needed, I hope this is good enough to make it usable to anybody ,on what you can do with it, what are the limitations and some ideas of which “numbers” – CC’s – to use with the sliders. I am sure that the code could be improved significantly but I don’t have enough knowledge to do it. The main issue is that quite a few of the EWI settings only need much fewer steps than what the sliders allow for ( 127 ) and it is not that easy when you are setting them with your fingers on the touch screen to be that precise. I wish someone with better knowledge can modify the code to make it more user friendly. But……at least it gets the job done ( without the need of carrying around a laptop ).

I have been using it for a few days and it seems to work. Just use it see what you think , and if there are some issues let me know ( I don’t promise to solve them , but we might get someone from the Audiobus forum to help me ). One last thing , I decided to add a Log file on both scripts so that you have a visual feedback of the numbers that you are sending to the EWI. I found that eventually , once I got used to the settings, these numbers started to make sense to me. Also I noticed that if you save the plugin with the last settings, when you load it again it “remembers” them , which is good because you can have one set of settings for , say, the SWAM trumpet, another for the violins, another for Geoshred, etc….Well, let me know what you think. Cheers

geebee
262 PM
Chat about this patch on Discord! Download (31)