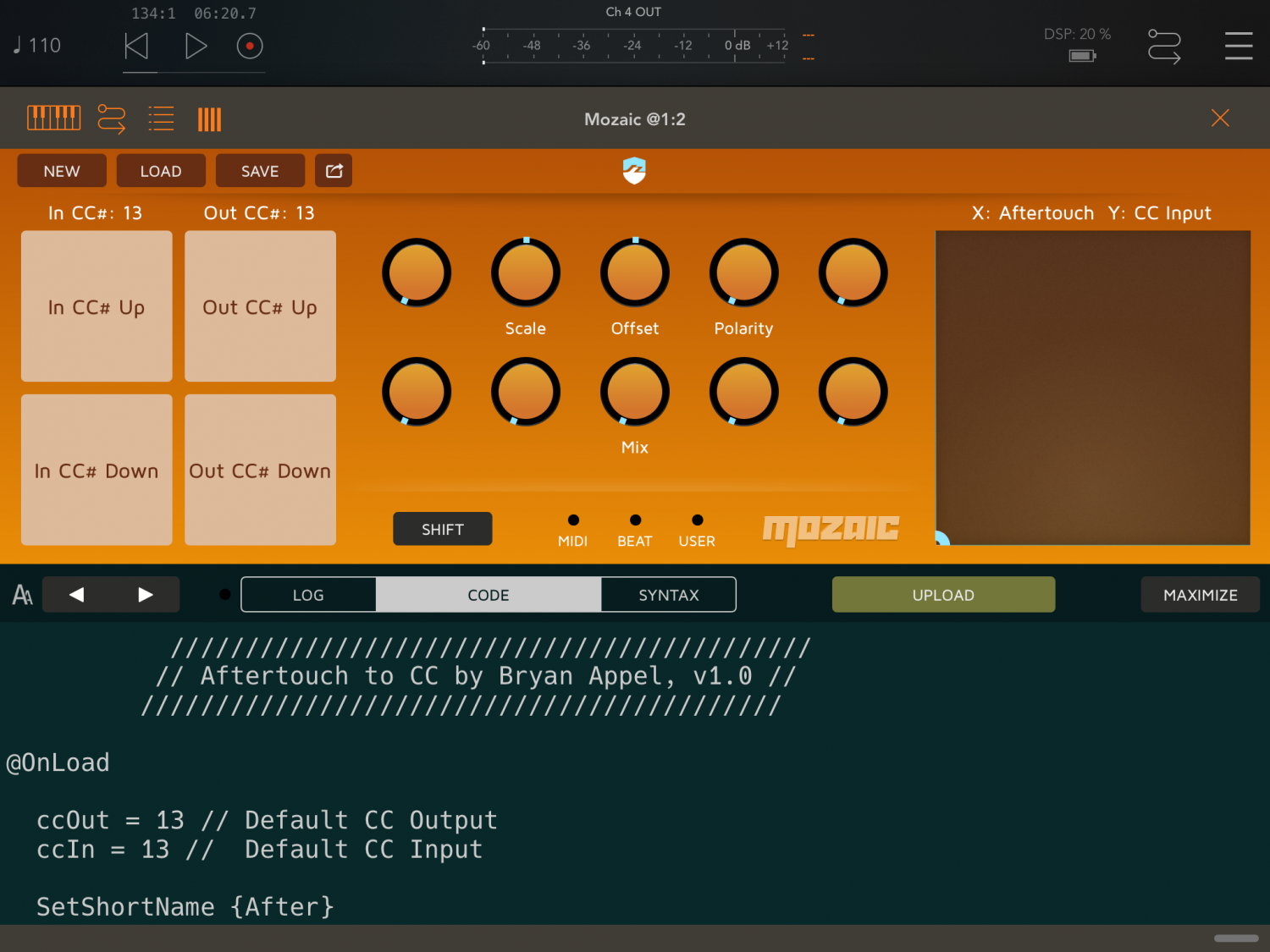 This script receives Channel Aftertouch (Channel Pressure) or Poly Aftertouch and converts it to a Midi CC. This may be used to control parameters on synths that do not support aftertouch control. In addition, a second Input CC such as an LFO may be mixed with the converted aftertouch CC to create a complex modulation source. MIX controls how much of the second input CC signal is mixed with the output. SCALE is like a gain or “sensitivity” control for the aftertouch CC with a range of 0%-200%, whereas the OFFSET control adds or subtracts from the CC value, thus setting the “starting point” of the modulation. Together, these two knobs control the “feel” of the aftertouch response. Engaging POLARITY reserses the polarity of the aftertouch signal. SMOOTHING controls the rate of change of the output CC. The pads are used to easily set the CC numbers for the final output CC and the second Input CC. The XY Pad displays aftertouch on the X axis and the second input CC on the Y axis. Press the SHIFT button to see knob values.

3 comments on “Aftertouch to CC”