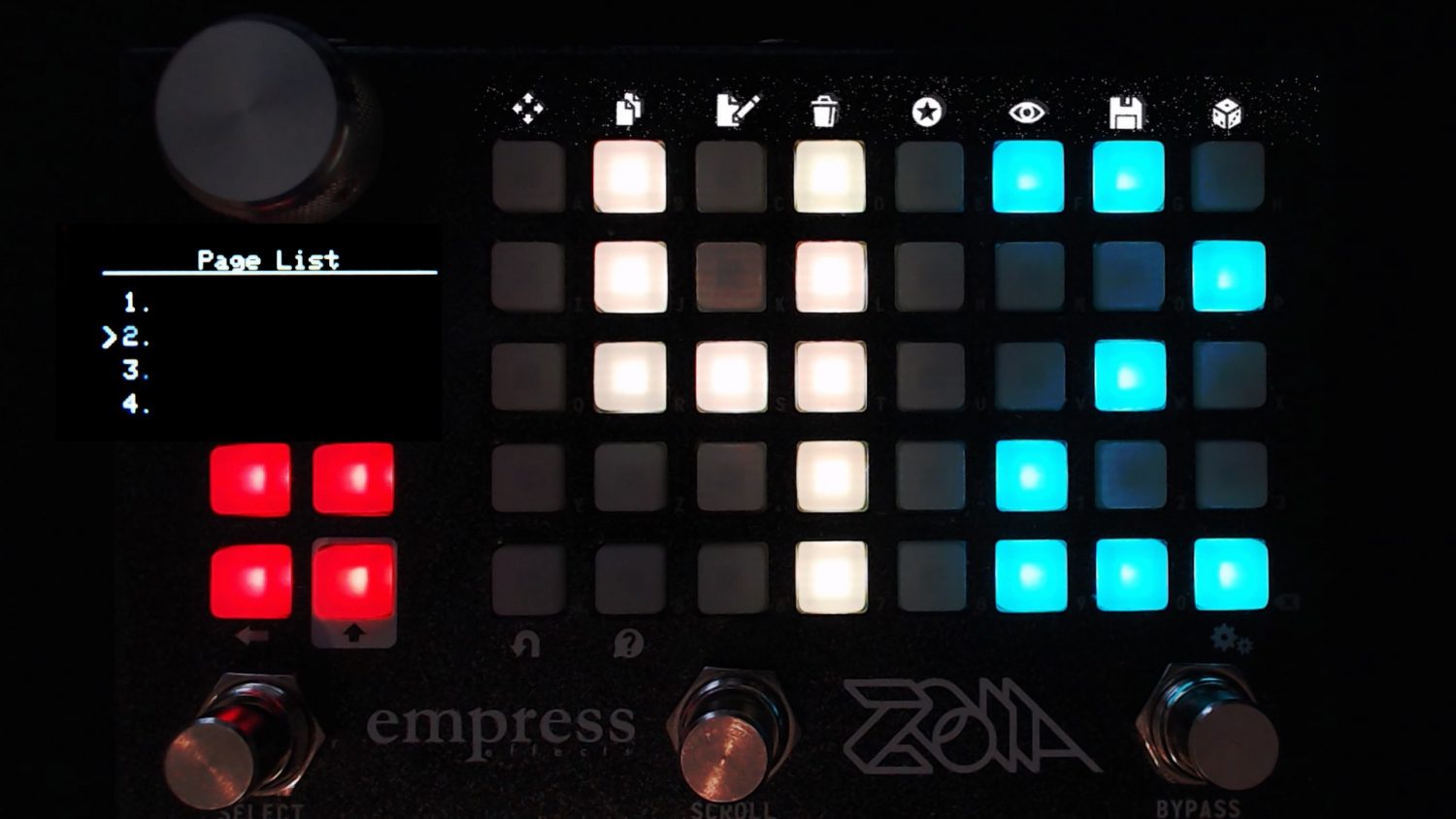 Based on a value input, this utility patch displays a 2-digit number indicating the CV. For instance, a CV input of 0.23 shows 23 on the display, allowing for visual feedback of changing values, for instance.

The CV input is used as a a channel selector input on a 10 channel out switch, sending a value of 1.0 out. Each channel output is connected to a value module (for convenience) the output of which triggers the pixels for each respective number.

The CV input also goes to an in switch, creating an output equivalent to the first decimal digit that is subtracted from the input value to give the second digit only.

The second digit is multiplied by ten in three stages using value modules and their connection strengths, producing a value that is used as the channel selector for an identical out switch as used for the tens digits. This is similarly used to produce the single digits.

Coming in at around 15%, this patch leaves plenty of room for it to be included in many other patches.

If you found this patch useful, please consider supporting my creative work on Patreon, or by subscribing to my YouTube channel.