113 Steps Toward the Prime Directive 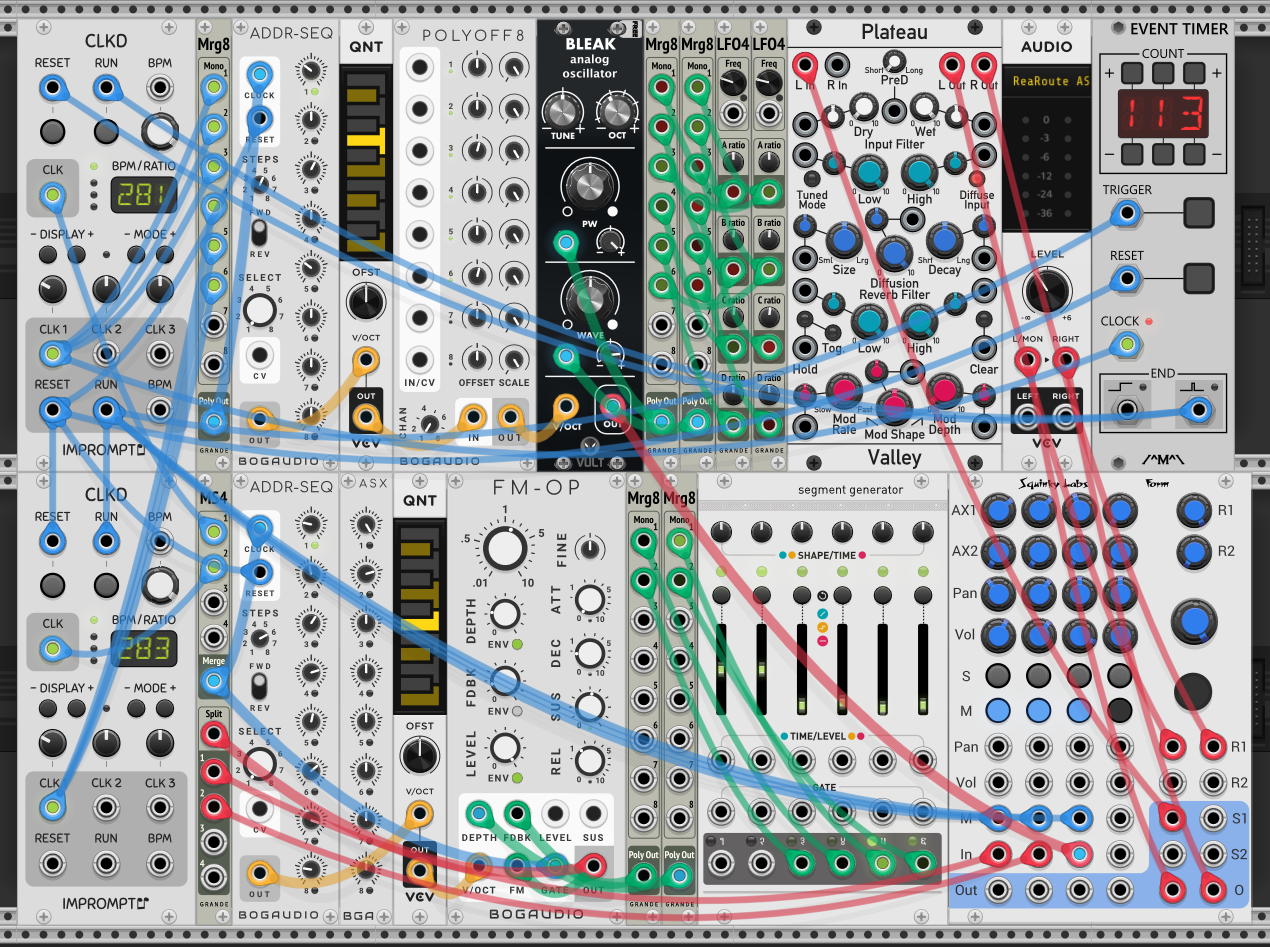 Rob Hinkal, the founder of Rob’s Virtual Open Mic, asked if I could create a VCV patch based on prime numbers in commemoration of prime number VOM #113. Well, yes I can…

Each sequence drives two voices in parallel, but with slightly different tempos: 281 BPM and 283 BPM – a difference of 2

The patch uses 23 modules. I was tempted to add some more modules to sculpt the sound a bit more, but I decided to keep the count at a prime number. I did not want to add 6 additional modules to reach the next prime at 29.

The slightly different clock tempos result in phase shifting, a common compositional technique used by Steve Reich. As the two voices drift in and out of phase, interesting rhythmic and melodic changes are perceived that are not present if played as a single voice.

Both voices start in phase, but over time the one voice gets further and further ahead of the other. Had I allowed the patch to play for 5 minutes 30 seconds, then the fast voice of sequence one would have gotten far enough ahead that the sequence 1 voices would have gotten back in phase – both playing the same sequence step at the same time, though not at step 1. I stopped about 16 seconds before that could occur.

Use the upper left CLKD Reset and Run buttons to initialize and start the patch. It will automatically stop after 5 minutes, 14 seconds. You can press the upper right EVENT TIMER Reset button while playing to disable the auto-stop.