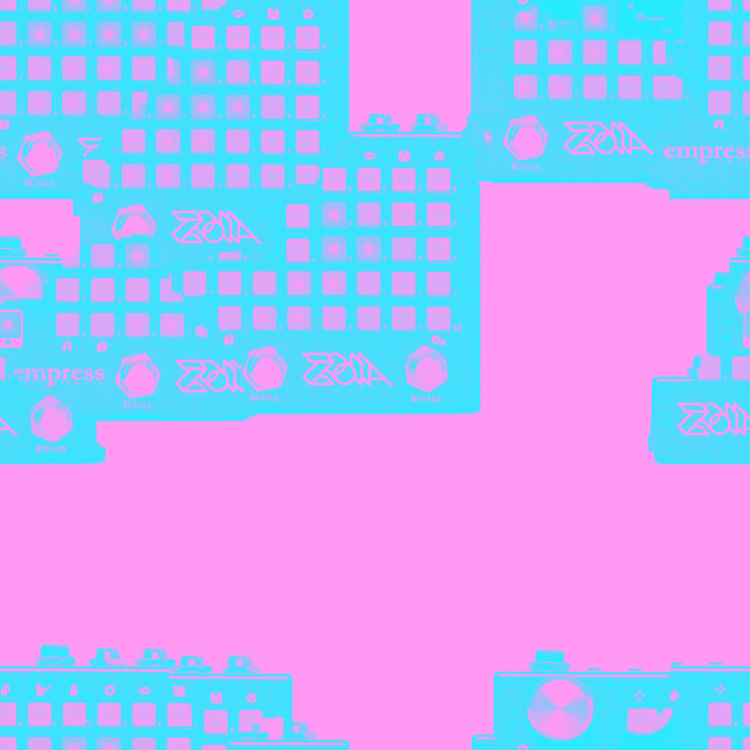 This is probably my favourite patch so far. Basically, part of the signal goes into four 1-buffer delays and a sequencer determines from which output the signal is read. The left footwitch introduces feedback that makes the whole thing sound very rich. It’s basically comb filtering at different frequencies. With no feedback it almost sounds like a weird blippy square wave trem.

In the patch, the dry level is pretty low. Cranking it up a bit gives a step-phaser kind of feel. I lowered the connection strength between the input and output to about -13. It’s cool there, and you hear a subtler effect as the filtering dependds on the dry signal. Putting it around -4 is also quite cool, the effet being quite pronounced.

Simon_Provencher
220 PM
Chat about this patch on Discord! Download (202)