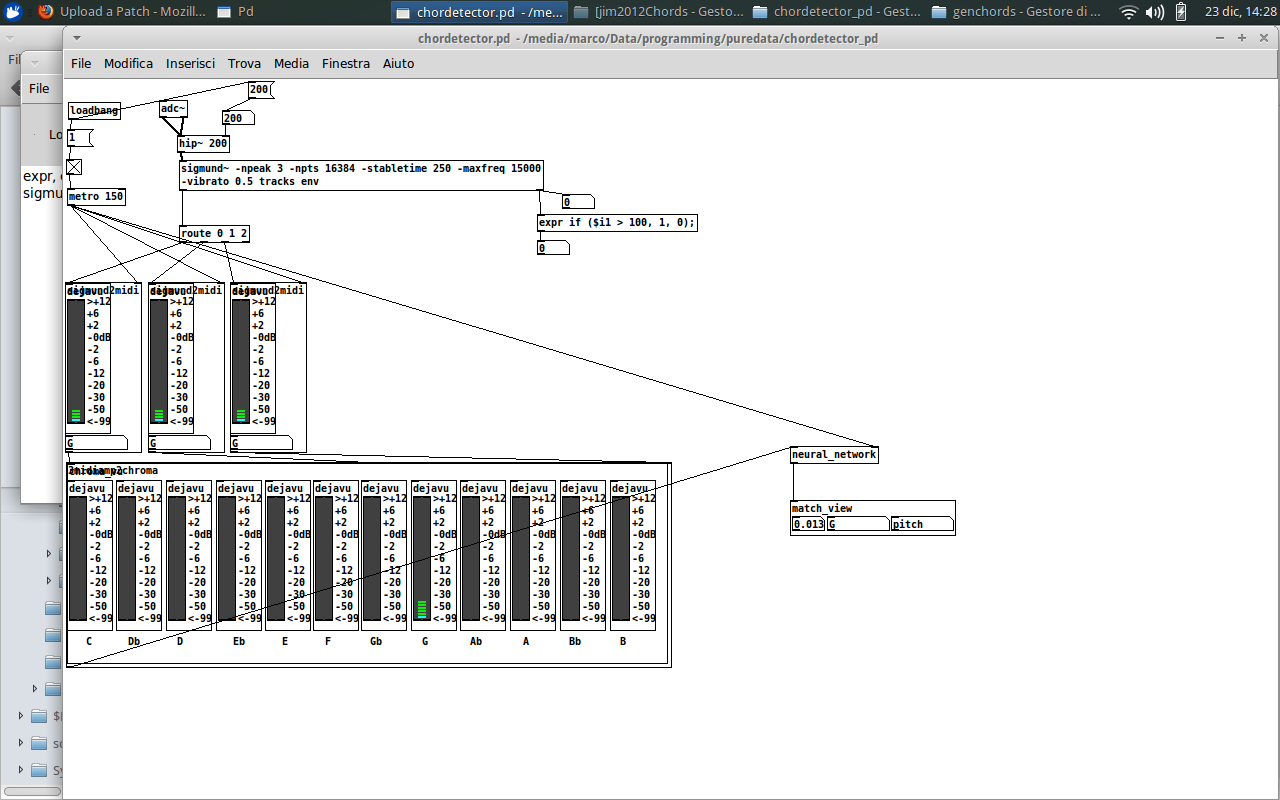 chordetector_pd is the puredata implementation of the chordetector reference algorithm (available here).

The patch performs a live sound processing from the microphone input and guesses the played sound. As far as I know this is an original implementation, making use of fft, data binning to match fft components into discrete notes pitches, octave-folding, and a manually-built neural network, to estimate the best-matching chord pattern.

In the current implementation, the neural network does not require any training as it is only based on “a priori” guess of the chord patterns: this approach will work best with “pure sinewave” instruments, and will probably perform poorly with instruments with rich harmonic sounds (i.e. a distorted guitar, I guess).

A big thanks goes to Corentin Thiercelin, who helped me starting with this project in PureData, and without who this patch would have never seen the light.

Marco Merlin
201 PM
Chat about this patch on Discord! Download (91)